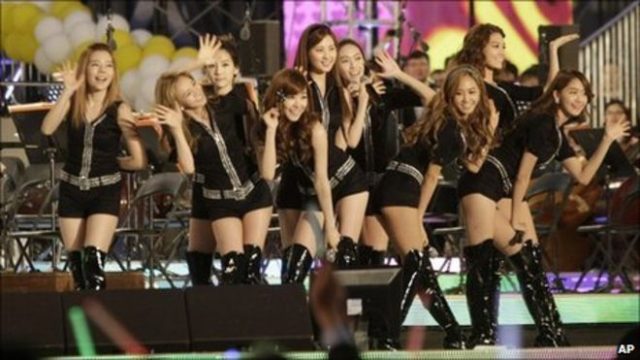 K-Pop or Korean pop entertainment is very popular in the Philippines these days. In most parts of the country, different K-Pop artists are so easily recognizable either through their voice or the movies that they played a role with because of their popularity. Of course, majority of these music and movies usually talks about romantic love and relationships that are, psychologically speaking, pathological. Typically, the songs and films they make usually tell the same story of “romantically obsessed people, acting childish and desperately needing validation from each other all the time”.

Family members and friends of late SHINee singer Kim Jong-Hyun cry as they carry out his coffin during a funeral at a hospital in Seoul on December 21, 2017.

During the past years, the K-Pop industry has been notorious on their reputation due to many complaints and scandals plaguing within the “over-monetized youth demographic”. According to Crystal Brackett, a writer from Ranker, on one of her articles:

”If you’ve watched any K-pop videos, you probably thought the bright and shiny Korean pop star lifestyle portrayed a perfect world of bubblegum, rainbows, beauty, and whimsy. Unfortunately, the candy-colored sheen coats a sinister underbelly with ugly truths about K-pop. From a young age, these bright and peppy performers essentially enter an uncaring, exploitative entertainment harem in the K-pop industry.”

She continues, “Any faction of the entertainment world is bound to have its secrets; sometimes these are dark yet open secrets overlooked because of convenience or greed. However, what’s going on in the K-pop industry isn’t hidden: Children who grew up in the industry as manufactured pop products have exposed the mental and physical abuse they suffered through their careers.”

And lastly, she said, “From what K-pop trainees endure at the start of their “boot camps” to the suicide attempts, racism, and sexual and physical assaults, the truth about K-pop stars and their industry is anything but glamorous.”

Today, many young Filipino people are still getting hooked on these glittering and glossy images on the photographs, dull life dramas, mechanical song-and-dance routines, fake and surgically produced physical appearance, and most importantly, the superficial and make-believe “reality” that sells a culture of mindless consumption. Behind these obviously manufactured and predictable facade projected by secretly “abusive and perverted agents, money-grabbing production designers, and corrupt talent managers”, is a disheartening and alarming reality of “sexual slavery, economic exploitation, and systematic abuse”.

The industry’s very dark history still happens and affects the present situation today. This is a tragic history of controversy and disputes, sexual molestation, drug addiction, psychological, mental, and physical abuse, and of course, endless financial conflicts. Parents should learn about these issues and must think about the kinds of “idols” their children are “following”. Social media has become so easily available for them and this is the favorite outlet of these industries.

According to one article by Yonden Lhatoo, the chief news editor at the South China Morning Post, “Physical and mental abuse is commonplace, and there is no shortage of stories of aspiring idols being pimped out by their bosses to lecherous executives and politicians. Two thirds of girls and women in South Korea’s entertainment industry admit to being pressured into having sex to further their careers”.

On the same article, he also added that, “Would-be K-pop stars, while still underage, are regularly locked into unbelievably unfair contracts and incarcerated in grueling boot camps for training, a good decade before they get to even record a song, let alone become famous. The ones who are lucky enough to make it end up paying off debts and earning a pittance for years”.