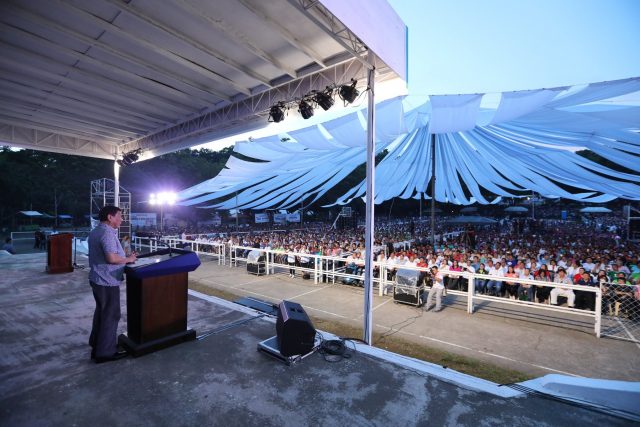 President Rody Duterte graces the 58th founding anniversary of the province of Southern Leyte, held at the Provincial Capitol Grounds in Maasin City on July 02, 2018. Southern Leyte Governor Christopherson Yap and other local officials warmly received President Duterte during the occasion. In his speech, the President reiterated his stern warning to the local government officials not to get involved in illegal activities.