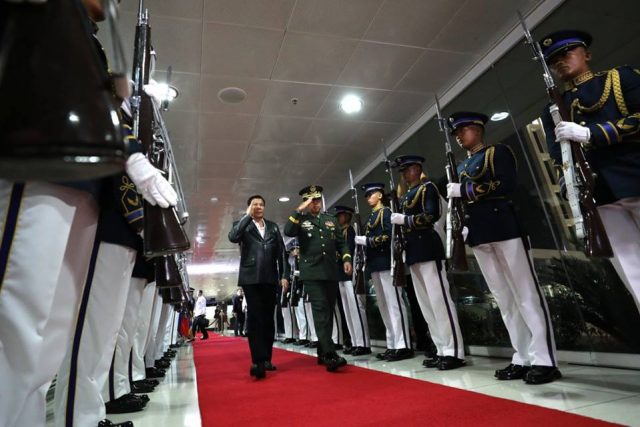 Rody Duterte delivered a speech upon his arrival at the Ninoy Aquino International Airport (NAIA) Terminal 2 in Pasay City after concluding his three-day Official Visit to the Republic of Korea (ROK) on June 5, 2018.  During his visit, the Chief Executive met with South Korean President Moon Jae-In in a bilateral meeting and witnessed the signing of agreements that are poised to bolster the bilateral relations between South Korea and the Philippines.  Aside from gracing the Business Forum convening around 400 businessmen from both countries, President Duterte also took time to meet and speak before the Filipino community in South Korea.  President Duterte is the first Head of State from the Association of Southeast Asian Nations (ASEAN) to visit South Korea since President Moon took office in May last year.