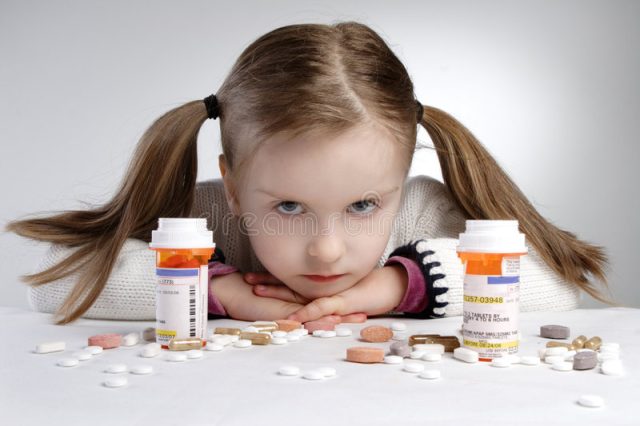 The use of multiple drugs to treat a single condition is rising along with the usage of ADHD medications, according to a study that was published in the journal Pediatrics in 2020. Between 2006 and 2015, prescriptions for ADHD medications jumped from 4.8% to 8.4% among patients aged 2 to 24 while the ratio of those who received both an ADHD medication and at least one additional prescription increased from 26% to 40.7%. The most frequently prescribed psychotropic medications alongside stimulants were second-generation antipsychotics (SGAs) and selective serotonin reuptake inhibitors (SSRIs) for treating ADHD.

Overprescribing medications to children ultimately sets them up to problematic health conditions and may even lead to worsening side effects. Aside from the fact that these strong medications seriously harm the young person’s organs, they also don’t provide long-term solution. Given their susceptibility to negative effects and the unknown consequences of long-term neurologically-modifying chemicals on the development of an immature brain and nervous system, children and teenagers are really at-risk at an alarming level. In fact, according to a recent study published in Frontiers in Psychiatry, these medications, which are typically prescribed for short-term use, are occasionally prescribed for years despite the fact that they can result to psychotic episodes, suicidal behavior, weight gain, and interference with reproductive development.

The impact of the numerous medications that many older people take can be felt as early as before a child is even born. According to a 2013 British Medical Journal (BMJ) study, prenatal exposure to tricyclic antidepressants and non-selective monoamine reuptake inhibitors (SSRIs) raised a child’s risk of autism spectrum disorders. The New York Times reported in 2014 that 10,000 kids between the ages of 2 and 3 were being treated for ADHD, according to data from the Centers for Disease Control and Prevention (CDC). The medicine was administered to the pediatric population in violation of accepted recommendations.

Meanwhile, a research that was published in the journal Pain Medicine found that 26% of the 25,321 children with chronic musculoskeletal pain between the ages of 2 and 17 who received medication at the same time received two to four different prescriptions. Multiple medication is an issue, even for the smallest kids. Data from the Citizens Commission on Human Rights (CCHR), which was made public in 2014, revealed that over 274,000 infants and toddlers between the ages of birth and one year were among the hundreds of thousands of toddlers who received psychiatric medication prescriptions.

Unsurprisingly, the study also found that combinations usually caused additional side effects. It should be mentioned that drugs other than psychoactive ones are frequently taken concurrently. Children may also be given powerful mixtures of painkillers, including highly addictive opioids. According to a separate review published in the Journal of Child and Adolescent Psychopharmacology, when SSRIs were added to other treatments, there was minimal evidence of benefit. In addition, several psychiatric medications frequently recommended to teenagers are not suitable for those under the age of 18. Their safety and potential effects on the growing brain over the long term are not known because they are prescribed in combinations.