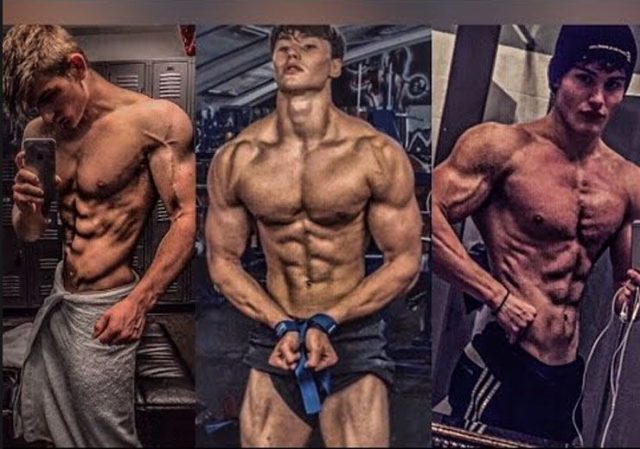 According to a report by The Insider this February, steroid use in the fitness industry is so rampant, especially among influencers. This, apparently, is necessary for these influencers to survive and get rich by raking money from their followers. The problem is that these influencers are not open about it and continue to give the wrong impression and expectation to their audiences that their looks are naturally gained from consistent workouts and diet plans which they aren’t, according to some industry insiders themselves.

For example, it was revealed by trainers that at least 50% of the influencers in the industry take steroids to modify their bodies. These influencers, however, are not transparent about it just so they can continue to sell everything they can to their unsuspecting followers: their workout and diet plans, supplements, energy drinks, gadgets, gear, and even drugs according to people speaking out. This, obviously, is another scam and deception being tolerated and supported by the fitness industry at the expense of their consumers who are mostly young. As Noel Deyzel, a famous influencer who has 2 million followers explains it in his Youtube video:

“I have a major problem with other influencers that are not as transparent about it. Not only does it create false hope and naturally unattainable results, it discourages many people from changing their lives. It also risks people’s health for their financial gain. These same influencers enrich their lives by promoting and selling you their diet training plans. Making it seem naturally attainable to rich their chemically enhanced physiques when it’s not.”

He then reached out to his fellow influencers for help in informing the public:

“My fellow influencers, you have a platform and a voice to positively the lives of others. It’s time to put the lives of your fans before your own financial gain. For it is they who are responsible for the position you’re in today.”

Steroids can negatively affect blood pressures which could also lead to a heart attack. As a promoter of fitness and health, it is contradictory to do such a thing. As reported by The Insider:

“… the dangerous side effects of steroids can quietly build up over time, Pope said. When a steroid user takes testosterone, the hypothalamus in the brain tells the pituitary gland to stop secreting it. In turn, the testes stop manufacturing testosterone and sperm cells, causing infertility. For some men, when they stop taking steroids, this infertility can be permanent.

The most serious consequences, Pope said, are on the heart. In a 2017 study, Pope and his colleagues examined 140 experienced male weightlifters who were between 34 and 54 years old. They found that those who had used steroids had higher mean blood pressure and elevated levels of low-density lipoprotein — otherwise known as “bad” cholesterol. The study also found that steroid use can narrow and harden coronary arteries and make the heart inefficient at expelling and refilling with blood, known as cardiomyopathy. All of these factors increase the risk of a heart attack.

Three of the steroid users in the study had already suffered heart attacks, at ages 38, 43, and 46, respectively. (According to Harvard Medical School, the average age for a first heart attack in men is 65.) By contrast, none of the weightlifters who’d avoided steroids had had a heart attack.”

Another influencer who talks about the problem in the fitness industry is Ryan Casey. Casey has more than a hundred thousand subscribers on Youtube and in 2018 he made a video where he discourages people from taking Selective Androgen Receptor Modulators or SARMs, a class of androgen receptor ligands, because of his own experiences. Some of the serious side effects he mentioned in the video were high-blood pressure and visual problem that resembles blindness.

Meanwhile, another Youtube channel dedicated to educating the public about the dangers, the lies, and the misleading marketing tactics of the fitness industry, called Shredded Sports Science, also exposed the dangers of taking SARMs. In one of his videos last year, he uncovered that most of these products “contain unapproved drugs and substances”, adding that aside from the side effects mentioned above, there could be more things to watch out for because experts do not really know yet what exactly the possible dangers of SARMs are.

Another issue that these people are trying to educate the public is about how fitness influencers irresponsibly sell energy drinks, muscle blockers, and stimulants. This is because there have been many reports about people getting hospitalized and even killed because of these products. Aside from not telling their followers about the possible side effects, some influencers even promote the use of these products in a very detrimental way. As a result, their followers will again get the wrong impression and information, leading to possible harm and a complete waste of money.

To learn more hard truth about the fitness industry, go to these links: