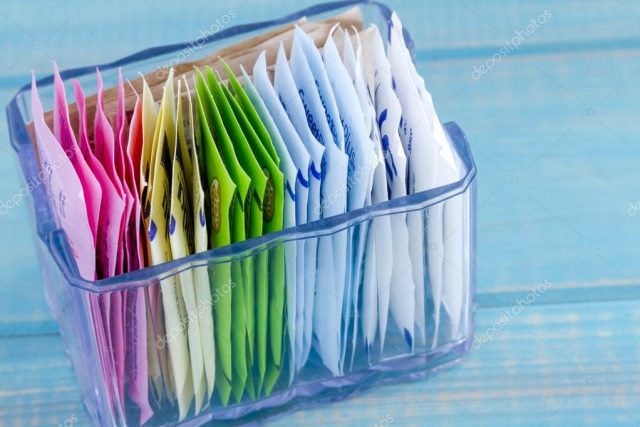 On March 24, 2022, a team of scientists from the French National Institute for Health and Medical Research and Sorbonne Paris Nord University in France published a new study regarding the safety concerns of artificial sweeteners, a substance in many forms found in almost every processed food in groceries nowadays. Even though the Food and Drug Authority (FDA) is obviously committing big unethical disfavor to the public by allowing these kinds of substances in the market, including the act of conspiring to hide mounting evidence of its risks, artificial sweeteners of different sorts are still widely available not only in the US but also in other parts of the world.

Specifically, this team looked at the carcinogenicity of the flavoring – this includes aspartame, acesulfame-K (also known as Ace-K and marketed or Sunnet and Sweet One), and sucralose. By looking at the results from 102,865 volunteer adults, these scientists were able to identify the overall cancer risks and the original site in which a tumor grows. Enrolees are screened through their lifestyle, medical history, diet, and other important information. According to the findings, female individuals who are heavy users of artificial sweeteners are more prone to breast cancer and obesity-related problems. Explaining the connection between using aspartame and acesulfame-K, the researchers wrote:

“Our findings do not support the use of artificial sweeteners as safe alternatives for sugar in foods or beverages and provide important and novel information to address the controversies about their potential adverse health effects.

While these results need to be replicated in other large-scale cohorts and underlying mechanisms clarified by experimental studies, they provide important and novel insights for the ongoing re-evaluation of food additive sweeteners by the EFSA [European Food Safety Authority] and other health agencies globally.”

“In this large cohort study, artificial sweeteners (especially aspartame and acesulfame-K), which are used in many food and beverage brands worldwide, were associated with increased cancer risk. These findings provide important and novel insights for the ongoing re-evaluation of food additive sweeteners by the European Food Safety Authority and other health agencies globally.”

In May last year, the International Journal of Molecular Sciences also published a study proving the adverse effects of these artificial flavorings, particularly aspartame, saccharin, and sucralose by invading the intestine walls, resulting in serious problems. This research was spearheaded by Anglia Ruskin University (ARU). The team has proven that artificial sweeteners can also make the bacteria pathogenic and this pathogenic bacteria “can attach themselves to, invade, and kill Caco-2 cells, which are epithelial cells that line the wall of the intestine”. As discovered by researchers:

“…at a concentration equivalent to two cans of diet soft drink, all three artificial sweeteners significantly increased the adhesion of both E. coli and E. faecalis to intestinal Caco-2 cells, and differentially increased the formation of biofilms. Bacteria growing in biofilms are less sensitive to antimicrobial resistance treatment and are more likely to secrete toxins and express virulence factors, which are molecules that can cause disease. Additionally, all three sweeteners caused the pathogenic gut bacteria to invade Caco-2 cells found in the wall of the intestine, with the exception of saccharin which had no significant effect on E. coli invasion.”

Meanwhile, in October also of last year, a study led by Dr. Kathleen Page, associate professor of medicine at the university’s Keck School of Medicine, also found that artificial sweeteners may actually increase appetite in women and obese people. This includes artificial sweeteners used in many different products including soft drinks, any so-called sugar-free drinks, syrups, sauces, salad dressings, and diet sodas. It’s the same sweetener that can be found in candies and instant coffee mixes and is being marketed through famous brands such as Splenda, Sukrana, Neverlla, and Zerocal. It was found in the study that after consuming beverages with artificial sweeteners, persons, especially women and people with obesity, have increased activity in the reward center of the brain, making them crave more food.