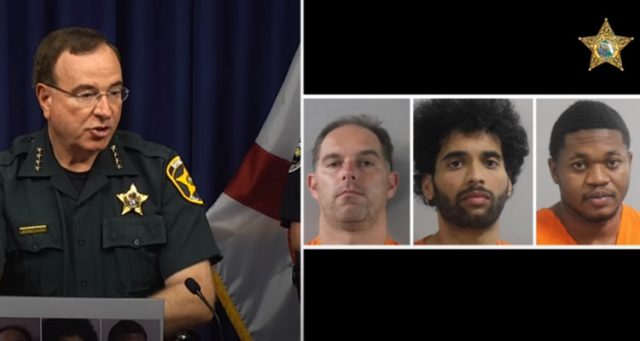 The Polk County Sheriff’s Office (PCSO) has arrested 108 people involved in human trafficking activities through its “Operation March Sadness 2” in Florida, a six-day undercover operation that started on March 8, 2022. Four of these suspects arrested were Disney employees, according to PCSO.

One of the four Disney employees was a 24-year-old man named Wilkason Fidele who worked at the Cosmic Restaurant, a Disney-owned restaurant. Another one is a 27-year-old named Xavier Jackson, who worked as a lifeguard at Polynesian Village Resort, a Disney-owned resort. Another one is a 27-year-old who is a software developer while the last one is a 45-year-old named Ralph Leese, who worked as an IT personnel. Xavier Jackson was allegedly sending sexual messages and images of him and was arrested by an undercover agent who talked to him online, posing as a 14-year-old girl. As reported on PCSO’s own website:

“Detectives identified prostitutes who posted online advertisements as well as the “johns” who were seeking out the prostitutes via online communications, with the intent to identify and free any victims who were being forced into prostitution (human trafficking), or anyone participating in the trafficking of victims. Detectives also identified and investigated adults who engaged in on-line sexually charged communications with those they believed were children—four men were arrested for preying on children online.”

For some, Disney’s involvement in pedophilia and child abuse is not surprising. In a quick search online using non-Google and MSN search engines, you will find many articles talking about Walt Disney’s history of pedophilia in their programs and their use of subliminal messages using sexual imagery in their movies aimed at children. Some even claim that Walt Disney is a pedophile himself. And in 2014, CCN reported:

“(Robert) Kingsolver, 49, is one of at least 35 Disney employees arrested since 2006 and accused of sex crimes involving children, trying to meet a minor for sex, or for possession of child pornography, according to a six-month CNN investigation that examined police and court records, and interviewed law enforcement officials and some of the men who have been arrested.”

Meanwhile, in August 2021, The Daily Mail UK also reported about three Walt Disney employees arrested in Orlando in PCSO’s “Operation Child Protector”. The three theme park employees were among those 17 suspects arrested in Florida as part of the crack-down against a massive child sex trafficking ring. As the report runs:

“Collectively, the group was charged with 49 felonies and two misdemeanors, including: traveling to meet a minor for sex, attempted lewd battery, use of a computer to seduce a child and transmission of material harmful to a child. Officials said the majority of the suspects had communicated with undercover agents who were posing as 13- and 14-year-old children and then traveled to a location with the intention of meeting and sexually battering the victims.”