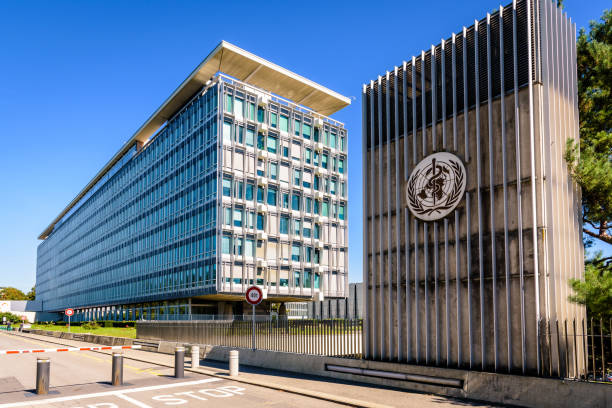 On the 24th of January of this year, the first meeting for the “international treaty on pandemic prevention and preparedness” was held. It is mainly regarding the initiative of the World Health Organization (WHO), along with other major institutions, aiming to deliver “a progress report to the 76th World Health Assembly in 2023”. The proposed international “pandemic treaty” will be legally implemented by the year 2024, that’s according to the European Council’s report itself.

The “pandemic treaty” was already announced as early as November 2020 by Charles Michel, President of the European Council, at the Paris Peace Forum. And in February 2021, the G7 leaders also called for its push while the European Union (EU) backed it up on the same month as according to them, there is a “need for global multilateral cooperation to address current and future health threats”. All of the measures and actions of the said multilateral pandemic treaty, of course, should be under the framework of the WHO, “a stronger and more responsive WHO”, according to the G20 leaders which “can help the international community manage pandemics and other health challenges more effectively”.

The coordinated effort to establish this global pandemic treaty is based on the narrative that individual country alone cannot solve a health crisis, especially a pandemic. As the G20 leaders also put it:

“Individual states cannot effectively manage global public threats such as the COVID-19 pandemic on their own […] overcoming the current health crisis and rebuilding livelihoods can only be achieved through multilateral action on both the economic and social fronts […] The COVID-19 pandemic and its economic consequences have revealed the weakness of the current arrangements for multilateral cooperation. International organizations with the mandate to play leading roles in dealing with international crises have not functioned effectively.”

And, according to Olivier Véran, the Minister for Solidarity and Health of the government of France:

“COVID-19 has revealed the importance of international cooperation to fight global threats to people’s health. This new international instrument is therefore essential to allow us to respond better in case another pandemic strikes. The international community needs to come together to ensure equitable access to vaccines and therapeutics, guarantee timely sharing of data and information and address the links between human, animal and environmental health.”

While the push for a pandemic treaty is happening, the WHO, with its unseen beneficiaries, has also taken another step to further advance its push for a global vaccination health passport. Governments that are following the UN policies seemed may have their doors wide open to bio-surveilance in a not so distant future. Under the guise of a “trust network”, another initiative called Vaccination Credential Initiative (VCI) is also gaining momentum. Partnering with big tech companies, big corporations, and big universities, VCI describes itself as “a voluntary coalition of public and private organizations committed to empowering individuals with access to verifiable clinical information including a trustworthy and verifiable copy of their vaccination records in digital or paper form using open, interoperable standards”.

VCI’s SMART Health Cards, as reported by Off-Guardian, are already implemented by “25 states in America, plus Puerto Rico and DC, and have become the US’s de-facto national passport”. As explained in the article:

“The US government, unlike many European countries, has not issued their own official vaccine passport, knowing such a move would rankle with the more Libertarian-leaning US public, not to mention get tangled in the question of state vs federal law. The SMART cards allow them to sidestep this issue. They are technically only implemented by each state individually via agreements with VCI, which is technically a private entity. However, since the SMART cards are indirectly funded by the US government, their implementation across every state makes them a national standard in all but name.”