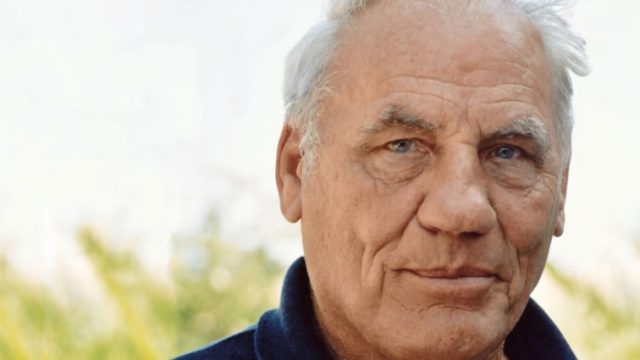 Another important person in the field of medicine who also faced brutal persecution from the hands of the mainstream medical establishment is Dr. Ryke Geerd Hamer, the founder of German New Medicine (GNM). Dr. Hamer’s works and its starting pedagogy of GNM itself has been suppressed and kept away from the public while his medical license was revoked in 1986. While his professional career suffers, he was also sent to prison; reputation slandered through reckless accusations such as “a charlatan, a cult leader, or a criminal” who, according to some press, “kills” people for giving wrong medical advice. For example, in 2006, the president of the Bavarian Cancer Society Dr. Reiner Hartenstein, wrote on its statement against Dr. Hamer:

Dr. Ryke Geerd Hamer first presented his research findings to the German University of Tübingen on October of 1981 as a post-doctoral thesis. However, the University committee refused to test his findings to assess and evaluate his thesis, Instead, he was threatened to “either deny his findings or to see himself dismissed from the clinic he was working at”. Asserting his position and defending his clinical works, Dr. Hamer refused to renounce his stance on the origin of diseases, especially cancer. Unfortunately, Dr. Hamer’s medical license was revoked in 1986 through a court sentence even though his scientific findings had never been disproved. Moreover, there were also repeated attempts to confine Dr. Hamer into a psychiatric institution and he has served several terms in prison in different places such as France, Austria, and of course, Germany because of false accusations. He was finally released from prison in 2006.

“In the 1970’s, Dr. Hamer was a practicing physician and professor of medicine in Germany and Italy with specialties in internal medicine and oncology. As a professor at the Pedagogic Institute in Heidelberg, he taught human biology and worked for a number of years at the University Clinics of Tubingen and Heidelberg. He patented several medical inventions, including the non-traumatic Hamer-scalpel for plastic surgery (which cuts twenty times more sharply than a razor), a special bone saw (also for plastic surgery), a massage table that automatically adjusts to the contours of the body, and a device for transcutaneous serum diagnosis. Since his discovery of the German New Medicine in 1981, Dr. Hamer wrote several books on his extraordinary medical concepts, some of which have been translated into several languages. Many physicians in Europe practice his medicine, recognizing its exceptional diagnostic and therapeutic capabilities.”

Dr. Hamer’s findings contradicted many of the teachings and methods of the allopathic mainstream medicine; he believed that its fragmentation approach is incorrect because, according to him, “illness cannot be divided” and that “the psyche, brain and body are three levels of the same organism and the course of events on them is always synchronous”. Therefore his beliefs about diseases are different from even to today’s concepts of disease. He maintained that the so-called diseases, including cancer, are part of the healing process when your body has undergone a traumatic event; a “meaningful program by nature” and not a “meaningless mistake” by it. And according to GNM, these illnesses can be categorized into five biological events or laws. (Learn about these biological laws of nature here: https://www.germannewmedicine-au.com/index.php/the-german-new-medicine-australia/5-biological-laws)

Dr. Hamer’s hypothesis was brought about by his personal experience regarding his son’s tragic event in 1978. Dirk, Dr. Hamer’s then 17 years old son, was accidentally shot in the Mediterranean during a trip. Three months later Dirk died, leaving his parents in deep depression. Because of this unexpected traumatic event, Dr. Hamer, who has been healthy all his life, developed testicular cancer. A few months later, his wife who was also devastated by the accident also developed a cancer. Curious enough about what occurred, Dr. Hamer began his inquiries on the personal origin of cancer and observed patients to see if they also suffered distress or traumatic event prior to diagnosis. And after 20 years of observing thousands of cases, Dr. Hamer found that the development of most cancers could be traced back a severe psychological and emotional trauma. Beatcancer.org continued to explain:

“Remarkably, he discovered that every shock leaves a dark shadow on the brain (confirmed in every case by a brain scan) in the exact location that corresponds to the body structure manifesting the cancer. Furthermore, he found that the exact nature of the shock (or “conflict”) determined the site for the disease — in other words, he found a 100% correlation between the shadow on the brain, the location of cancer in the body, and the specific type of unresolved conflict! He later named this unexpected conflict the “Dirk Hamer Syndrome” (DHS). In what he referred to as the “Iron Rule of Cancer,” Dr. Hamer insisted that “every cancer or cancer-like disease originates with a ‘DHS’ which is a very difficult, highly acute, dramatic and isolating shock.”

Another very radical concept by GNM is that it asserts that “diseases cannot be caused by viruses”. As another kind of holistic approach, it is very opposed to mainstream medicine’s concept and to the “Germ Theory” in general; a concept (or a theory!) that justifies the heavy use of synthetic medication, strong antibiotics, and vaccines. According to the advocates of GNM:

“Concerning viruses, in modern medicine we prefer to speak of hypothetical viruses because the existence of viruses that cause so-called “viral infections” has never been scientifically substantiated. None of the alleged viruses (HIV et al) has ever been isolated from a host cell nor has their DNA been properly identified, which are the basic criteria for the proof of the existence of a virus (details presented in the “Virus Mania”). Since viruses that supposedly cause AIDS, SARS, pneumonia, the avian flu, bird flu, swine flu, hepatitis, herpes, measles, polio, cervical cancer, and the like cannot be found in the human body, orthodox medicine uses a rather unscientific method, namely to conclude from the rise of antibodies (produced by the alleged “immune system”) the presence of a virus and hence an “infectious disease”. This method is called “indirect evidence”.”

Consequently, Dr. Ryke Geerd Hamer rejects conventional cancer treatments such as chemotherapy and radiation therapy. He stated that chemotherapy has “no primary value and too dangerous”. Dr. Hamer also contends that “conventional medical research” is corrupted, “tainted by the interest of pharmaceutical companies thus, preventing accurate research in the causes and treatment of diseases and ignores the role of the mind in the genesis of the disease”. This is why people who understood the essence of holistic healing method agree with Dr. Hamer because it clearly shows that he cares about his patients sincerely. In fact, he values the participation of patient in therapy and recovery. According to him:

“Future therapies will entail very little medication but will require the patient’s understanding of the root cause of his conflict and disease. Together with his doctor, the patient will find the best resolution to his problem or the best strategy in order to avoid repeating it in the future…

The patient will no longer be ‘treated’, but will ‘treat himself’. The relationship between patient and physician will be completely re-thought and re-defined, and the doctor of the future will be a broadly trained, well-educated and humane medical detective who works in partnership with his patient.”

With all these not-so-known legacies of Dr. Hamer, no wonder why he was considered a medical heretic; he was demonized and declared as an enemy of the establishment. However, to an independent thinking person, it’s obvious that this persecution was not really based on truth. On the contrary, Dr. Hamer was regarded in the holistic healing community as one of the most important expert in the field of biological cancer therapy. According to his colleagues, Dr. hamer “was an extraordinary man with a brilliant mind who turned personal tragedy into a gift for humanity” whose teachings on the psychic cause of diseases revolutionized medicine. Meanwhiles, on July of 2017, Dr. Ryke Geerd Hamer died at his home Sandefjord, Norway.