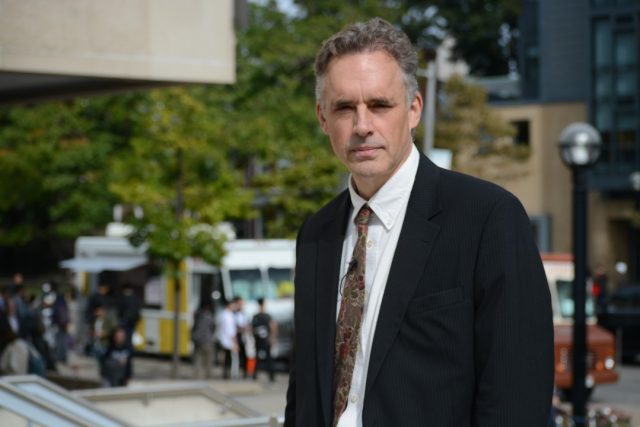 In November last year, the famous Canadian evolutionary psychologist, author, and international lecturer Jordan Peterson has commented provocative statements regarding the vaccination program by the government, despite being vaccinated himself. During an interview with Dave Rubin, a Brooklyn-born political commentator and host of a famous political talk show The Rubin Report, Peterson expressed his disappointment and protest on how the Canadian government is pressuring and deceiving the public on its scheme to get them vaccinated, even sometimes against their will.

With a strong tone of disapproval on the way the Canadian government treats its citizens through its so-called public health and safety measures against COVID, the alleged disease caused by a pathogen that is still not proven by any major health institutions, Jordan Peterson exclaimed:

“Canadians who are not vaccinated now cannot leave the country. Like what the hell?! Why is that?

Well now I have to get tested for COVID when I come back into Canada, I have to get tested before I leave Canada. Now that might be, the latter issue, that’s an issue with the Americans so that’s outside of the Canadian purview but the restrictions to get back into Canada are even more stringent. It’s like well, why do I get the vaccine then if you’re not gonna leave me alone?”

Peterson also questioned the narrative of Canadian health agencies claiming that the unvaccinated people are imperiling the vaccinated and that the vaccine makes any difference when it comes to the issue of transmission. Talking about the cogency of the scientific data on the effectiveness of the vaccine, Peterson stated:

“I don’t think the evidence that vaccinated people are less contagious… I don’t think it’s very compelling. So why are the unvaccinated all of the sudden a danger?”

He also added that vaccinating children is not necessary and that it is shamefully wrong on the part of the Canadian health authorities:

“…and I certainly don’t understand the push to get children vaccinated. I think that’s absolutely reprehensible.”

This is not the only interview that Jordan Peterson expressed disapproval on the government’s move to vaccinate the children; saying that there is no scientific proof that it is needed. As he stated:

“…with regards to, let’s say the issue of child vaccination, is like children have an unbelievably tiny chance of dying from COVID. I don’t think there’s any scientific justification for immunizing children under 12.”

In the same interview, Peterson also called out the inconsistencies of the left, questioning its push to promote big pharma’s so-called final solution to this supposed pandemic, particularly its global vaccination agenda when it is an open secret how corrupt, criminal, and irresponsible these organizations are. The biggest names of these companies have been exposed for decades, facing numerous lawsuits from different parts of the world, including charges of murder and genocide yet thanks to their ever successful PR, these companies, strongly motivated by eugenicist idealism, has been turned into spotless heroes to the eye of the public. Peterson raised big pharma’s legacy of lawsuits and settlement issues from thousands of victims who took legal actions against these giants, adding that “the biggest bureaucrats are the biggest challenge” to the public health not only of Canada but in most of the world.

Meanwhile, warning about the catastrophic impacts of the current irresponsibility and even wilful corruption by most leaders to the economy and the society, Peterson stated:

“We’re already seeing tremendous supply chain disruptions and likely the emergence of an inflationary pressure that we haven’t experienced since the 1970’s in the aftermath of the oil shocks and none of that has sorted itself out yet. I believe that we will conclude that our response to the pandemic caused more death and misery than the pandemic itself and we have no end game in sight…”