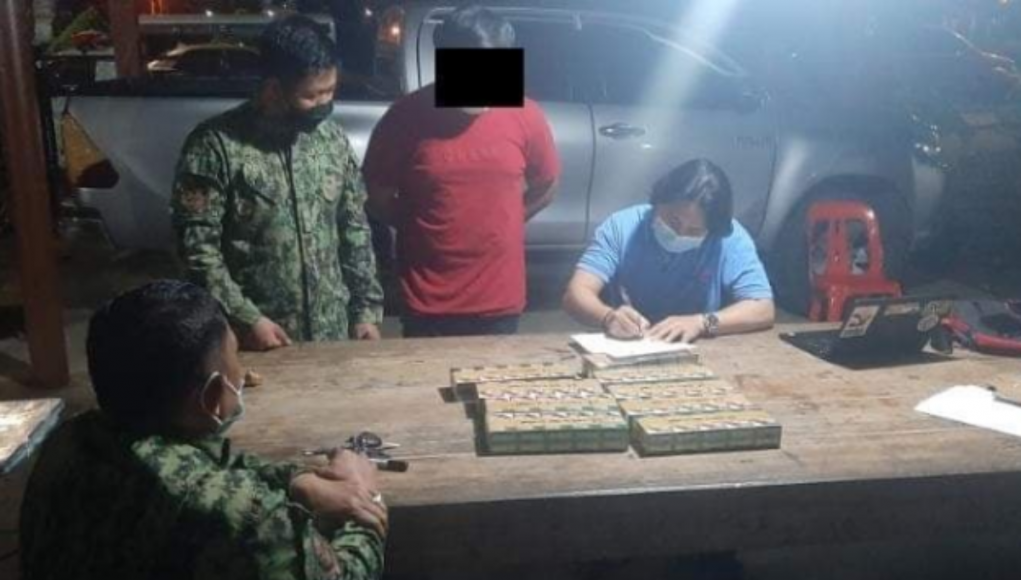 Cagayan, Philippines – A suspected supplier of counterfeit cigarettes in Barangay Centro was arrested by the authorities.

The suspect was identified by the police as Lyle Ariane Quirolgico, 30 y.o, from Pitimini St., Garden Village, Sta Maria, Bulacan, has been detained.

Quirolgico was cornered after a concerned citizen reported that he was offering various brands of counterfeit cigarettes.

Christ Vincent Pagurayan, illicit trade specialist of the Philip Morris company, confirmed that the cigarettes seized from the suspect, who is facing charges of violating Intellectual Property Rights or Republic Act 8293, were all counterfeit, according to Police Regional Office 2.