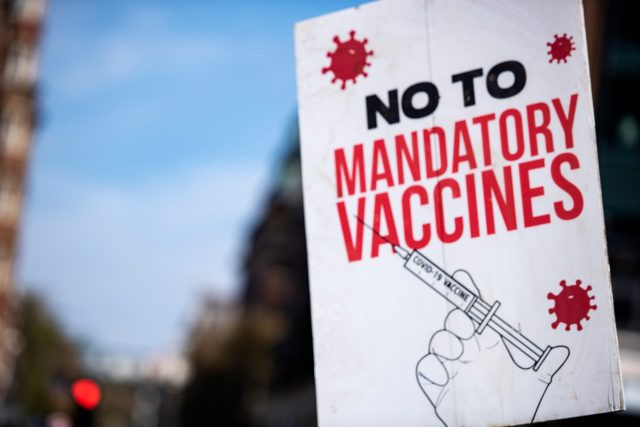 On September 10, 2021, Sherriff Chris Brown, from Cleburne County, Arkansas Sheriff’s Office, released a statement decrying the divisive schemes by the federal government behind COVID vaccine rollout in Arkansas. Just like in many parts of the world, Sherriff Brown described how citizens are being exploited through lockdowns and other draconian restrictions that seriously affect the normal daily lives and businesses of the citizens. Sherriff Brown is just one of the many law enforcement officers who speak out against this despicable display of socialist totalitarian medical subversion of our society around the world. Through his appeal, as a law enforcement officer, it’s interesting that it seems like Sheriff Brown is well aware of what’s happening and has been following the darker narrative of this current medical scandal. According to his own words:

“Since March of 2020, we have seen much controversy over COVID, mandates, restrictions, lockdowns, vaccines, and a number of other things.  We have watched as this topic has divided families, friends, and coworkers.  We have seen an unprecedented amount of division, hate, and contention among Americans.  With the rollout of the COVID vaccines, that division has become more and more widened, and the vitriol more intense between those who believe in the vaccines, those who don’t, and those who are undecided.”

Sheriff Brown has also called out to his fellow workers in the law enforcement agency about the current morally unjustifiable government actions with regards to the so-called response to, as it’s safe to say, imaginary pandemic. He emphasized that he is 100% for freedom of choice, supporting the individual’s decision especially as a constitutional obligation and as the person who also has the right to sovereignty. We all have the inalienable right to life and to medical choices; meaning we must be free to have options in the aspect of healthcare or therapy. Of course, Sherriff Brown recognizes this. As he stated:

“As law enforcement officers, our first duty and what we swear an oath to, is to support the Constitution of the United States, and the Constitution of the State of Arkansas.  It is in that defense and the defense of individual liberty that the Cleburne County Sheriff’s Office has not, and will not mandate the COVID vaccine for any of our employees.  Just like with the flu shot, their choice to get vaccinated or not is theirs and theirs alone, and we respect their decisions.

I am not pro-vaccine, and I am not anti-vaccine.  I am pro-freedom, and I am for each person’s ability and responsibility to decide for themselves (in conjunction with their doctor) whether or not to get the vaccine. “

Again, Sheriff Chris Brown is not the only one who just recently stated publicly to oppose the vaccine mandate. In Faulkner County, Arkansas, Sheriff Tim Ryals posted a letter on Facebook in support of Sherriff Brown’s brave action. Sherriff Ryals wrote in his September 12 post:

“As we have all heard by now, the federal government is attempting to mandate vaccines for federal employees and any business with over 100 employees or get tested weekly. This is truly an attempt of tyranny with such an overreach of authority. A fellow sheriff just said it well yesterday, and I concur with this statement: “As law enforcement officers, our first duty and what we swear an oath to is to support the Constitution of the State of Arkansas.” It is in that defense and the defense of individual liberty that the Faulkner County Sheriff’s Office will not mandate the COVID vaccine for any of our employees nor will we enforce such mandate in Faulkner County.”

Sherrif Ryals’ statement came after President Joe Biden announced another aggressive vaccination campaign under the guise of fighting a more dangerous variant of the unproven SARS-NCoV2. Defending the constitutional rights of the people of the United States, Sherriff Ryals boldly defies President Joe Biden’s sinister plot against the American people.

Another Sheriff from Riverside County has also publicly announced through his podcast called RSO Roundup that “he will not be mandating vaccines for his employees”. Because of this position, he has faced criticism. But Sheriff Bianco said he thinks the issue should be “a personal choice that people discuss with their own doctors”. Bianco also said that he is not going to get the shots even though he is not an ‘anti-vaccine himself.

So it’s evident that it’s clear now to some people in the authorities how mandates on vaccines are becoming more rigid and draconian. This is happening in Australia, the US, UK, the Philippines, and other parts of Asia. As Sherriff Chris Brown has stated:

“I am appalled at some of the absolute dictator-like things we are seeing from the Federal Government, and several of the State Governments.  It is absolute tyranny, and completely abhorrent.  It flies in the face of everything our country has always stood for, and is only furthering the damage and division done to the people of this wonderful nation.

It’s time for our politicians and other public servants to stand up and remember that their first responsibility is to protect people’s rights, not to run their lives.”