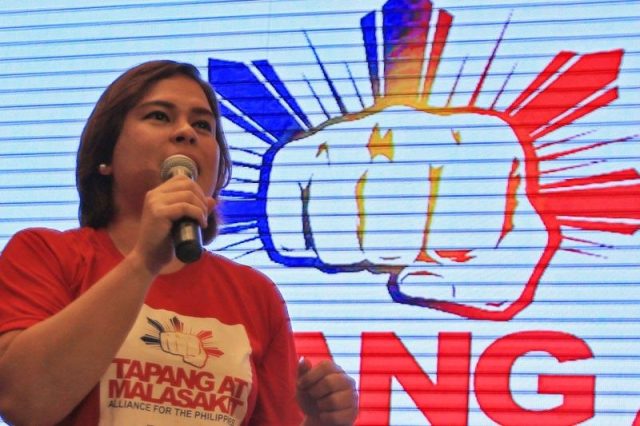 Despite the fact that using vaccination as an “additional mandatory requirement” for any public and government transaction is illegal in the Philippines, the mayor of Davao City, Sara Duterte-Carpio, daughter of the president, has ignored the law and threatened the citizens working in the government that if they don’t get vaccinated for COVID until the end of the year, their contract will not be renewed; meaning they will not be allowed to work at the government anymore.

Even though it was clearly stated in Section 12 of RA 11525, the Philippine Vaccination Bill, that “vaccination shall not be considered as an additional mandatory requirement for educational, employment and other similar government transaction purposes”, the city mayor of Davao City still shamelessly announced in her radio program:

“On January 1, 2022, if they are not vaccinated, their contracts will not be renewed. We are going to release the executive order anytime. It’s already final, cleared by the City Legal Office and we are set to release anytime for the information of all City Government employees including job orders, contract of services, volunteers, and consultants.”

This seemingly draconian and tyrannical plan of action by the government, announced on Monday, September 6, 2021, raised a lot of concern from the Filipino public, especially to those who are well aware of the real effects of the vaccination. One of these concerned citizens is Mr. Nicanor Perlas, the co-founder of Covid Call to Humanity (CCH), a team of dedicated researchers exposing the current vaccination scheme and the Covid19 scam. He is also a global consultant on Integral Sustainable Development. In one of his recent articles exposing vaccine adverse events, including deaths, Perlas stated:

“FDA’s claim of no causal link between vaccinations and serious adverse reactions including deaths, flies in the face of the science and global data. Among others, studies have shown that 57% of deaths occurred within 48 hours after vaccination.  A whistleblower from the US Department of the Health and Human Services, the equivalent of the DOH of the USA, claimed in a written affidavit now used in a federal court case that 45,000 Americans have died within 3 days of taking the Covid vaccines.”

This statement was released by Perlas after receiving the result of an FOI (freedom of information) request submitted by the CCH team. On the same article, Perlas has announced:

“The Food and Drug Administration (FDA) revealed that the Covid vaccines may have killed 635 and seriously harmed 1,718 Filipinos. This information is found in the FDA’s Reports of Suspected Adverse Reaction to COVID-19 Vaccines (01 March to 15 August 2021).”

This revelation, according to Perlas, has “totally demolishes the incessantly repeated fiction of the Department of Health (DOH) that the covid vaccines are safe and effective”. The FDA’s list of serious adverse reactions includes “in-patient hospitalization/prolongation of existing hospitalization, significant disability/incapacity, life-threatening (e.g. anaphylaxis) and death, and birth defect or congenital malformations”.