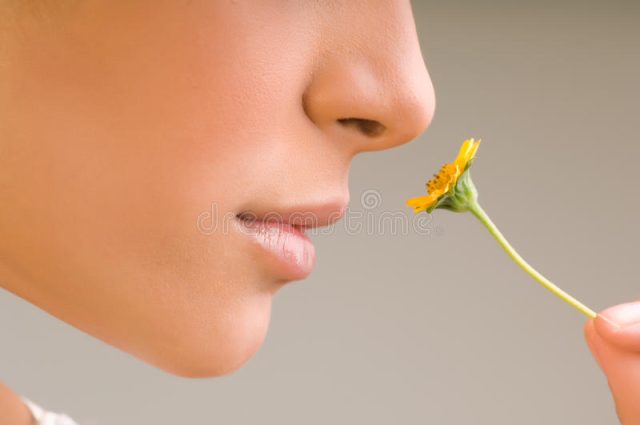 Our ability to smell also affects our ability to taste. Our taste buds can only sense few flavors if our sense of smell is absent. This sense of smell is driven by certain biochemical processes affecting our olfactory cells. The stimulation of our special nerve cells from a molecule released from a certain substance happens on the higher part of our nose and this information will be sent to our brain, giving it the ability to identify the smell. Sometimes through different causes, this process is being interfered with by situations like nasal blockage, nerve cells damage, and nasal congestion. And when this happens, we will experience this condition called anosmia.

Anosmia is the partial or complete loss of the sense of smell triggered by the irritation of the nose’s lining. It could be temporary or permanent. Some of the proven causes of anosmia are allergies, common cold, chronic sinonasal disease, upper respiratory infections, and even poor air quality. Some serious causes for permanent olfactory dysfunction include severe head trauma or brain tumor and neurodegenerative diseases. In addition, old age may also cause anosmia. In 2017, PubMed of the National Center for Biotechnology Information (NCBI) wrote that this inability or decreased ability to smell affects 3-20% of the population; impairing the ability to detect odors in food and other things in the environment, therefore hindering the quality of life by affecting the eating ability of a person; the ability to interact socially, and even the overall sense of well-being.

People with anosmia may not be able to fully taste the food. This could affect the person’s quality of life because it might lead to a loss of appetite, causing weight loss or malnutrition. In addition to this, anosmia may also lead to depression due to the impairment of the person’s ability to appreciate the pleasure from the smell and the taste of the food. Because of the swelling or the blockage in a person’s nose, odors are prevented from entering into the top of the nose, causing problems to the system that sends signals to the brain or the nerves.

Other causes for anosmia also include allergies or allergic rhinitis, sinus infection, chronic congestion (nonallergic), and smoking. An additional list of the causes of anosmia also includes nasal polyps and bone deformities inside the nose (nasal septum), and other kinds of nerve damage. In addition, other conditions that are also believed to cause anosmia are thyroid problems, Huntington’s disease, Parkinson’s disease, hormonal problems, strokes, diabetes, and various types of medical intervention such as antibiotics, high blood pressure drugs, and exposure to radiation treatment. On the other hand, other factors are also considered to be causing anosmia such as smoking, exposure to harmful chemicals, chronic alcoholism, and even malnutrition.

Usually, common anosmia only lasts for a week. However, if the condition persists, it is recommended that you consult a doctor or an otolaryngologist. The otolaryngologist can identify the possible causes of your anosmia by doing a thorough examination inside your nose using an instrument called a nasal speculum. Through this, they can identify possible problems that create this condition; they can recognize what really the cause is for your smell impairment or if there is a serious infection inside your nose. And if using nasal speculum is not enough to determine the possible cause, the doctor may also use a CT scan.

Typically, anosmia will heal on its own therefore treatment is usually not needed. However, if anosmia stays longer than a week or two, there are over-the-counter drugs that can be used to decongest your nose. These drugs may help open up your nasal passages and make your breathing back to normal. But if the congestion really persists, the doctor may also prescribe antibiotics to clear off the infection.