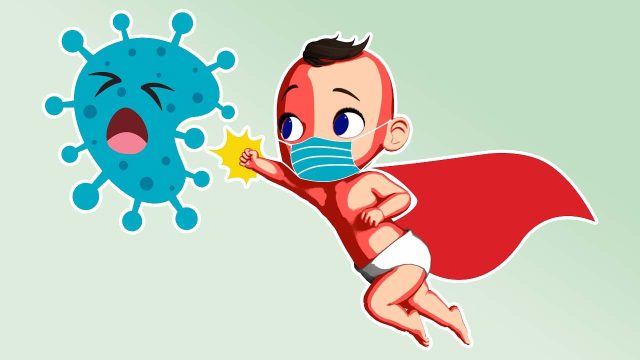 Today, you can find a slogan everywhere that says, “Be a hero! Take your COVID vaccine”. And along with these slogans, you can find a picture of a person with a cape, much like a typical image being shown in any typical superhero movie. This is how people are being fooled and infantilized right now to convince them to get the poisonous COVID jab that has already injured millions and killed tens, if not hundreds, of thousands of people across Europe, the US, and Asia. Sadly, through this infantilization, many so-called adults are persuaded to get their shots without really knowing the consequences or possible side effects.

In addition to treating adults like children for them to take the vaccine, COVID infantilization also reflects on the way society is being made to believe that there is really a deadly pathogen floating in the air, waiting for its next victim. You can tell that the way they inflict fear on adults is the same as making children afraid of the “boogeyman” for them not to go outside. Not only that but COVID infantilization also can be identified by the way the narrative is being put out ever since this fiasco has begun. Since last year, the narrative keeps changing and also gets ridiculous from time to time. If you really look at it from a sane rational adult’s perspective, you can tell 100% that it doesn’t make any sense at all.

One concrete description of an infantilized person is an individual who is in their late 20s or 30s or 40s but having a mental capacity of a young teenage child, unable to identify which is psychologically healthy, what is a mature choice, or what kind of decisions to make that would contribute to the improvement of their lives and the lives of other people around them. Most of them are still living with their parents, struggling to establish financial independence, confined in the comfort of their fantasy, and practically stuck in a virtual world of the internet, video games, pornography, or television. Having no clear purpose in life, they struggle to find real meaning to their existence and cannot be able to face their independence. This kind of neurotic mindset spreads and continues to spread across the world to this day, usually through the aid of various online nonsensical entertainments that perpetuate the culture of celebrity worship, blatant stupidity, and endless senses appeasement.

Social infantilization is not a new phenomenon. It started some decades ago, mostly in the West. According to many experts in psychology, it has many forms.  For example, Carl Jung did a good explanation of this phenomenon in which he popularized it through the use of the concept of Puer Aeternus or the “eternal child”, adopted from mythology describing a child-god character that is forever young. In psychology, it refers to “an adult whose emotional life remained at an adolescent level, usually coupled with too great a dependence on the mother”. So instead of propagating psychology of logic, reason, independence, boldness, and creativity, social infantilization breeds a mentality of dependency, idiocy, irrationality, cowardice, and even blind obedience to authority. These are some of the reasons why critical thinking and common sense are usually absent to many COVID believers these days; they’re just passively accepting what the media and the government tell them, following without thinking and obeying without questions.

Meanwhile, www.eurekalert.org wrote of this subject:

“A man suffering this neurosis feels that he doesn’t exist yet in real life. In his search for a partner, a job, or a vocation he constantly feels that this is not what he wants. The state of ‘provisional life’ may linger on: an ‘eternal boy’ starts avoiding living in the present. As a result, he may acquire addictions, anger attacks, and phobias.

A similar phenomenon is kidults (kid+adult), a term that first appeared in The New York Times in an article by journalist Peter Martin during a burst of arcade machine popularity. Kidults are people who preserve their teenage likings (from video games, anime and fantasy, to a responsibility-free lifestyle) until they are 30-35 and older. Psychologists illustrate this type with such characters as Peter Pan and the Little Prince.”

There are so many reasons why we really have to address the infantilization of society. It is a pathology that threatens not only the present but also the future generation. If we cannot re-build a generation of men and women today who are strong enough to stand up and face humanity’s existential threats, especially the ones perpetrated and being maintained by the tyrannical political class using medical and scientific dictatorship along with their corrupt puppets in the government and the media, there will be no other chance and there’s no doubt our children will witness a bleak world totally dominated by psychopaths and criminals. Jordan Peterson, a clinical and evolutionary psychologist who is also very passionate about the subject stated in one of his interviews:

Therefore, to re-establish the beauty of humanity, social infantilization must be stopped once and for all. It cannot help us stop a looming totalitarian dictatorship but instead it is an antithesis to a democratic society. It is a hindrance not only on our ability to preserve freedom but also our capacity to evolve as a human species, psychologically and spiritually. As Simon Gottschalk, a Professor of Sociology in the University of Nevada (Las Vegas) explained:

Unfortunately, our social institutions and technological devices seem to erode hallmarks of maturity: patience, empathy, solidarity, humility and commitment to a project greater than oneself. All are qualities that have traditionally been considered essential for both healthy adulthood and for the proper functioning of democracy.”