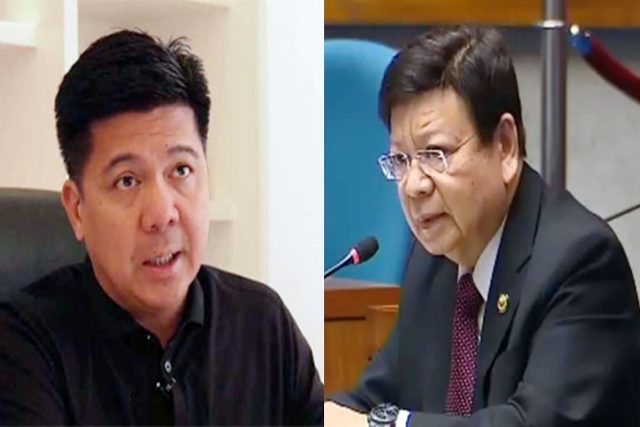 Instead of helping Filipinos, especially the poor, the Department of Health (DOH) and Food and Drug Administration (FDA) in the Philippines are suppressing what has been proven by doctors to be an effective cure and prophylaxis for Covid-19, the common flu mistakenly believed to be a deadly viral disease. Ivermectin, proven not only by international clinical studies but also in the actual hospital application in Manila since last year by the members of the Concerned Doctors and Citizens of the Philippines (CDCPh), is still not being declared by the DOH and FDA as one of the effective cures. Instead, these agencies recommend remdesivir, a very expensive drug declared by the World Health Organization (WHO) as ineffective. On its November 2020 recommendation, the WHO’s declared:

“WHO has issued a conditional recommendation against the use of remdesivir in hospitalized patients, regardless of disease severity, as there is currently no evidence that remdesivir improves survival and other outcomes in these patients.

This obvious deliberate suppression by the two health agencies might constitute crimes against humanity. Instead of listening to real experts such as the CDCPh, the DOH and FDA follow the guidelines from PSMID (Philippine Society of Microbiology for Infectious Diseases). According to two Philippine congress representatives named Hon. Mike Defensor and Hon. Rodante Marcoleta, PSMID is a private organization composed of big pharmaceutical companies. According to Hon. Marcoleta:

“The DOH itself said that they are adapting the clinical guidelines from PSMID. PSMID is a non-stock non-profit medical organization. It seems that this has no legal basis; meaning all the policies is coming from a private organization in which being composed of big pharmaceutical companies. That’s why I think we should investigate these guidelines being followed by the DOH and the FDA.”

“PSMID is a private entity. They have this association that determines what is appropriate and what is not appropriate. Those are the protocols that we can use. Protocol means the basis for the guideline. But when I looked at the people who did the study on ivermectin, I was surprised to learn that one of them works from a vaccine company. So how is it allowed?”

Congressman Mike Defensor also said that until now, the doctors aiming for prescriptions of ivermectin are still being pressured and threatened. He added that because of this suppression, lockdowns are being justified. And because of this, the country’s economy might possibly plummet again because businesses will again be shut down. He also called for other politicians to step up and openly call for reconsidering these guidelines from the DOH and FDA. He then stated:

“Did you know that as soon as you enter hospitals, the current drugs being recommended such as remdesivir will be automatically charged on your bills? That’s why many people have complained about it. Is it business? Yes! Are there vested interests involved? Yes! Now, does politics and business has a connection? Well, that’s the mystery we should all figure out.”

Meanwhile, Hon. Lito Atienza, another Congressman also questioned the countries recent lockdown being implemented again by President Duterte’s administration. According to him, lockdown only destroys the economy and will push the country into further poverty. In one of his videos, Cong. Atienza stated:

“To me, as long as they will be able to prove that locking down is the solution, then we should all follow. But if they cannot provide proof that it is the real solution, then I think they made a mistake and so we should question them. If we want to follow other countries such as America, England, Hong Kong, Hawaii, Singapore, etc., they all declared that lockdown is not the solution. That will only worsen the hardship of the people; many will die from hunger and poverty. So lockdown is not the solution, it’s will not protect us… So what is the protection? That’s what the government should say. The real solution to fight this virus is for the government to tell its citizens to strengthen their immune system. We should do what is necessary, to eat healthy foods…”