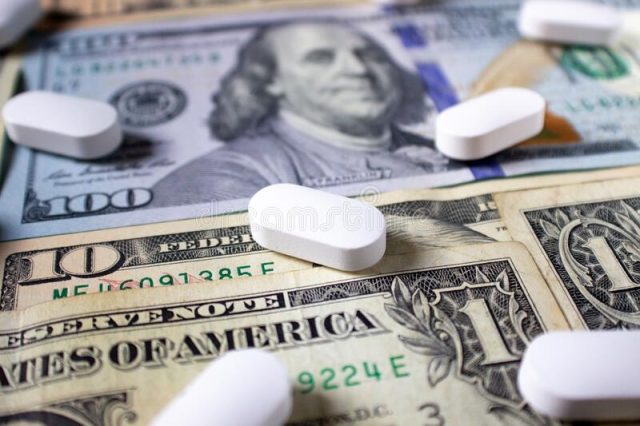 To a perfectly normal and logical person, the coronavirus conspiracy seems very obvious and so easy to understand. It doesn’t take one to be so critical and well-read; common sense alone can make the comprehension to this chaotic circus currently happening all around us. To such person aware of what’s happening, it is also clear enough to see that some, if not most, people with big social responsibilities such as politicians are involved with criminals doing various criminal activities. To many, however, this isn’t only invisible but also impossible; especially to those who’ve been engulfed by an environment which fell ill-fated with political fanaticism and infantilism. This has led us to where we are right now in this fake pandemic and vaccine genocide.

Unfortunately, these kinds of people, many of them, not only do not believe but also mock, ostracize, or even demonize people who believe that criminal conspiracies by big corporations and government institutions do exist. Of course it exists and needless to say, not only that history recorded them but also that it’s still currently happening. As an example, consider this list of the biggest criminal settlements of the big pharma, particularly the companies that are dominating the vaccine market and the “Covid-19 industrial complex” right now.

In 2009, Pfizer was ordered to pay $2.3 billion criminal penalties and liabilities for the allegations of “unlawful promotion; deceptive marketing, including off-label promotion and kickbacks to physicians for prescriptions; and submitting false claims to government healthcare programs based on non-medically accepted uses” for their drugs Bextra, Geodon, Zyvox, and Lyrica. Additionally, in 2013, Pfizer settled 2,000-plus Chantix suits costing $273 million. In a report by fiercepharma.com, it was stated:

“About 80% of Pfizer’s Chantix litigation is finito. The drugmaker has settled or agreed to settle about four-fifths of 2,700 state and federal lawsuits, and took a $273 million charge to cover the costs, a securities filing notes. Pfizer ($PFE) has set aside another $15 million toward wrapping up the rest of the claims.

The batch of settlements follows two deals in individual cases chosen for “bellwether” trials in U.S. Judge Inge P. Johnson’s Alabama court. Last October, the company came to an agreement with the wife of Mark Whitely, a Chantix user who committed suicide. In January, it settled with plaintiff Billy G. Bedsole, Jr., who claimed that Chantix triggered suicidal thoughts and other psychiatric problems. The terms of both settlements weren’t disclosed.

Chantix drew fire after reports of suicide, suicide attempts and other psychiatric disturbances. FDA required a “black box” warning on the drug, to alert patients and doctors to the risk of psychiatric side effects. Critics said Pfizer’s Chantix trials had improperly excluded patients with a history of depression or other mental disturbances.”

In 2010, AstraZeneca was found guilty of “unlawful promotion, and deceptive marketing, including off-label promotion and kickbacks to physicians” and was asked to pay $520 million in settlements for their drug Seroquel. According to www.justice.gov report:

“AstraZeneca LP and AstraZeneca Pharmaceuticals LP will pay $520 million to resolve allegations that AstraZeneca illegally marketed the anti-psychotic drug Seroquel for uses not approved as safe and effective by the Food and Drug Administration (FDA), the Departments of Justice and Health and Human Services’ Health Care Fraud Enforcement Action Team (HEAT) announced today. Such unapproved uses are also known as “off-label” uses because they are not included in the drug’s FDA approved product label…

In year 2011, Merck was litigated for “misbranding and unlawful promotion, and deceptive marketing, including off-label promotion impacting payment decisions of state agencies” and was ordered to pay $628 million civil liabilities and $322 million for criminal fines for their drug Vioxx. Meanwhile, in 2013 Johnson & Johnson was ordered to pay $1.72 billion civil liabilities under the False Claims Act plus $485 million criminal fines and forfeiture with regards to their drugs Risperdal, Invega, and Natrecor. And lastly, in 2019, Bayer and Johnson & Johnson were also ordered to pay $775 million in settlements for the drug Xarelto due to similar allegations and charges mentioned above.

The question therefore is that would you still be surprised if the current vaccination using experimental mRNA shot that is not in any ethical way approved would produce massive reports of adverse reactions, including paralysis and death, when you are already aware of these important events prior to this current artificial crisis? If these pharmaceutical companies can create fake “sickness” anytime, would it be impossible for them to create a false emergency such as this fake Covid-19 pandemic to sell their vaccines? Lastly, have these big pharma companies really spoken the truth regarding cancer and its cures from the previous decades up to the present or they kept it secret for profit? History knows the answer and nobody can deny history.