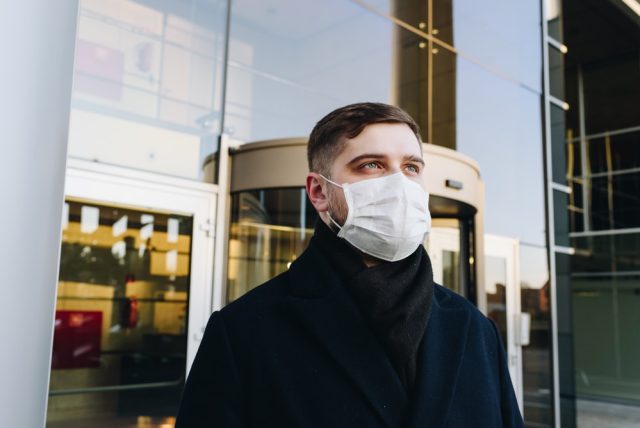 Around May of last year, three top journals refused to publish a large study on the effectiveness of masks in preventing transmission of the so-called viral infection caused by the, though unproven, novel pathogen called SARS-CoV2. The journals which rejected the randomized study of a renowned Danish research group are The Lancet, The New England Journal of Medicine, and the American Medical Association’s journal JAMA. The randomized controlled trial which involved 6000 participants has not been published until November 2020. This shows that health authorities like the World Health Organization (WHO) often fall for fraudulent scientific studies, including drug studies of course, and completely disregard non-biased data.

This is common and has been happening for decades as the medical industry is being dominated by none other than the biggest pharmaceutical companies. These companies have all the resources and the power to manipulate policies and politics; therefore producing catastrophic results to society right now. For example, a meta-analysis on “studies on the effectiveness of face masks” by swprs.org concluded:

“So far, most studies found little to no evidence for the effectiveness of face masks in the general population, neither as personal protective equipment nor as a source control.

Face masks in the general population might be effective, at least in some circumstances, but there is currently little to no evidence supporting this proposition. If the coronavirus is indeed transmitted via indoor aerosols, face masks are unlikely to be protective. Health authorities should therefore not assume or suggest that face masks will reduce the rate or risk of infection.”

The meta-analysis looked at the data by major organizations such as the Oxford Centre for Evidence-Based Medicine, CDC, New England Journal of Medicine, BJM Open, including the controversial Danish randomized controlled trial mentioned above. According also to the review:

“Some recent studies argued that face masks are indeed effective against the new coronavirus and could at least prevent the infection of other people. However, most of these studies suffer from poor methodology and sometimes show the opposite of what they claim to show.”

Meanwhile, Shawn Stevenson, a wellness researcher, best-selling author, creator and host of The Model Health Show, and the founder of Advanced Integrative Health Alliance also presented many important data regarding studies on masks. In one of his recent interviews, he stated that in the studies he reviewed, experts concluded that “medical masks were found to be not effective in preventing the spread of viral infections, and cloth masks were even less effective”, and also that “cloth mask has almost 97% penetration while surgical mask has about 44% penetration” of so-called (believed to be) “viral particles”. As Stevenson explained:

“Now, one other little piece of this particular study. So the researchers were monitoring also in the study the ability of the particles to kind of traverse their way through the masks, and they found that the penetration by “virus particles” through cloth mask was almost 97 percent. And penetration by the surgical mask was about 44 percent, which is still a lot of penetration. Like if you got 44 percent penetration, the act is happening.”

Shawn Stevenson has been trained to read scientific literatures so he uses this important skill to show what does science really tells as opposed to what the official narrative in the media usually tells to the public. He also shows the difference between a randomized controlled study and an observational or comparative study. According to him, observational studies are open to massive biases while randomized controlled trials have “specific implementation and looking for a specific response or a specific outcome”. Stevenson also exposes that there are many of this data being suppressed and ignored by the dominant health authorities. He then revealed:

Then they have the third group, which was the control group, who was allowed general practice which did include some folks occasionally not wearing a mask at all. There are a smaller percentage of folks but that existed as well, but generally is just standard of practice, which was putting the mask on, if you felt like it taken it off. Now here’s what happened: a percentage of healthcare workers in all the groups got infections but the participants wearing the cloth mask had significantly higher rates of infections than participants wearing surgical masks.”

Therefore even if we agree that SARS-CoV2 has been isolated (although many claims about it would still make no sense whatsoever), and let’s say proven to cause these illnesses and deaths, the current science on mask mandates would still be flawed. As shown above, transmission would still happen on a very large probability. In addition, there are also many proven risks in prolonged use of mask. Unfortunately, the public is being treated as an infantile naïve person who cannot understand the science behind the research on this. Now the question is, until when will this madness stops and what really are the motives of these institutions? Until when will the majority of us surrender their rights as humans? One obvious reason this insanity is successful, as the primary suspect, is corruption. Money can buy positions and consent especially in a bureaucratic yet well-centralized, corporate-oiled system. Here, you can always find the best politicians and representatives, including scientists and doctors, money can buy!