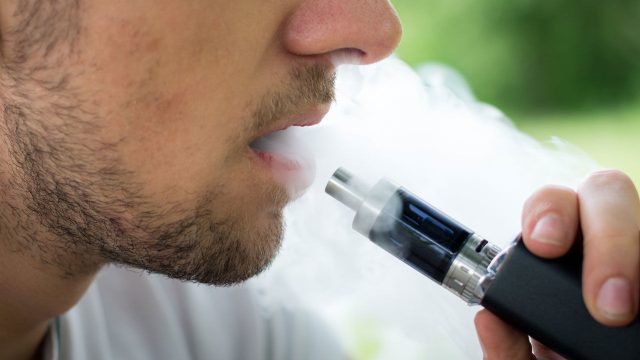 Back in 2011, after decades of studies, the Department of Health and Human Services’ National Toxicology Program officially confirmed that formaldehyde is a human carcinogen. Formaldehyde, used industrially as preservative and disinfectant, naturally occurs everywhere that’s why it’s difficult to avoid this compound. Found in laboratories and medical facilities, this also appears in unvented gas stoves, kerosene heaters, wood burning stoves, and in smokes from cigarettes. Formaldehyde was suspected by experts to be carcinogen since the early 1980s but even up to now, many consumer products, including food, beverages, and vaccines, contain traces of this compound.

Meanwhile, the authors of the 2015 study concluded:

“We have revisited our 2015 investigation using an improved sample collection method that separates particulate- and gas-phase e-cigarette aerosol formaldehyde components from the same puff. In addition, an intermediate power setting was chosen compared to our prior work, one that was purported to represent “normal” vaping conditions. Both HCHO and 1a-d levels were found in the aerosol at levels above the OSHA guidelines. Our work continues to show that formaldehyde hemiacetals, a new form of formaldehyde, may serve as delivery agents that deposit more deeply in the lungs compared to gaseous formaldehyde. This main finding, the discovery of 1a-d, from our prior studies, was ignored in the recent “replication study”. The variability in the subjective evaluation of aerosols by users, as well as factors influencing discrepant inter-laboratory levels of emissions, are significant current issues in the e-cigarette field that require extensive further study.”

In January of 2018, a consensus report that looked at 800 different studies was released by the National Academies of Science, Engineering and Medicine. The report finally showed that e-cigarettes are dangerous to the human health as it contain and emits numerous chemicals that are proven toxic and harmful. One reason that e-cigarette is still available in the market despite this fact is that the Food and Drug Administration (FDA) has not conducted systematic review on this product. Indeed, even the American Lung Association has also issued caution due to mounting evidence on the damaging impact of e-cigarettes on the lungs. The adverse impacts on the lung caused by the inhalation of these harmful chemicals can be irreversible.

In addition to that, second-hand smoke from e-cigarettes has also been found to be harmful, even fatal. The U.S. Surgeon General concluded in 2016 that second-hand emissions from e-cigarettes contain “nicotine; ultrafine particles; flavorings such as diacetyl, a chemical linked to serious lung disease; volatile organic compounds such as benzene, which is found in car exhaust; and heavy metals, such as nickel, tin, and lead”. Aside from the fact that most of these chemicals are carcinogen, they also contain addictive compounds which make it hard for users to quit and detox from the system; the reason why in 2016 alone, “over 9 million Americans” use e-cigarettes. This includes “more than 2 million” U.S. middle and high school students.