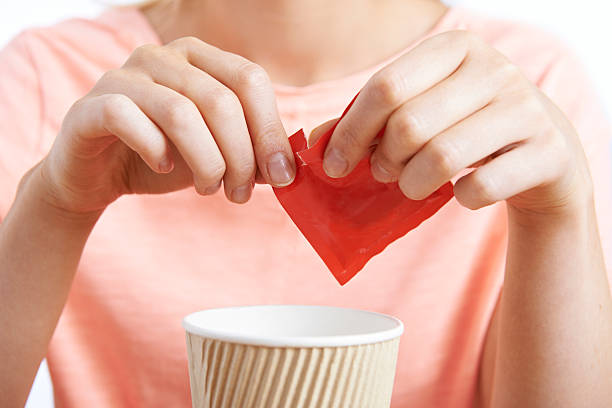 In 2015, Guaraní natives, led by Luis Arce, filed a lawsuit against Coca-Cola for the issue of biopiracy related to stevia, a famous alternative sweetener used today in thousand different food products. Stevia, known by its native name as ka’a he’e, has been used traditionally as a ceremonial medicine, sweetening agent, and even for recreational purposes by the Guaraní people of Paraguay and also in Brazil. Today, Japan, Korea, and China also use stevia to sweeten food products. The processed result of this extraordinary plant now generates almost $500 million a year for the industry like Coca-Cola and Pepsi Co. though, according to Arce and his people, these companies who make vast profit from stevia does not acknowledge and compensate Guarani natives for its place of origin and knowledge of use. It is even wrongly thought to be originally discovered by an Italian botanist named Dr. Moises Santiago Bertoni who thought that the natives have known so little about it, despite of his “unfamiliarity with the region”.

Though not established as safe by the Food and Drug Administration (FDA), unprocessed stevia leaf, if used appropriately, is absolutely safe. This is the reason why the natives did not have problems using this for centuries. According to Donna Gates, the author of ‘The Stevia Story: A tale of incredible sweetness & intrigue’:

“The Guarani Indians had known for centuries about the unique advantages of kaa he-he (a native term which translates as “sweet herb”) — long before the invaders from the Old World were lured by the treasures of the New. These native people knew the leaves of the wild stevia shrub (a perennial indigenous to the Amambay Mountain region) to have a sweetening power unlike anything else; they commonly used the leaves to enhance the taste of bitter mate (a tea-like beverage) and medicinal potions, or simply chewed them for their sweet taste. The widespread native use of stevia was chronicled by the Spaniards in historical documents preserved in the Paraguayan National Archives in Asuncion. Historians noted that indigenous peoples had been sweetening herbal teas with stevia leaves “since ancient times.” In due course, it was introduced to settlers. By the 1800s, daily stevia consumption had become well entrenched throughout the region — not just in Paraguay, but also in neighbouring Brazil and Argentina.”

Today, stevia derived products are being used as sweeteners for products like ice creams, candies, desserts, jams, baked goods, yogurt, mixed coffees, teas, soda beverages and many other products and has brands like PureVia, Truvia, and SweetLeaf Sweetener. However, most of these stevia compounds and ingredients in the supermarket today come from China and are mixed with Reb-A or erythritol, a sugar alcohol. Like many of the modern food processing methods, these are created and refined with different toxic chemicals. Despite all these questionable factors, stevia is still considered a “generally recognized as safe (GRAS)” ingredient by the Food and Drug Administration (FDA). Strangely, even the American Diabetes Association and the American Heart Association, along with the World Health Organization (WHO), considered commercial stevia generally safe. But based on one animal study, for example, stevia “might increase the risk of cancer or reproductive problems”. Therefore consumer groups such as the Center for Science in the Public Interest (CSPI) called for the FDA to re-examine this status.

“Yes, Stevia’s green leaves are naturally sweet. However those white powders and clear drops we find in groceries have very little to do with stevia leaves. They aren’t really stevia at all. They’re an extract that’s been super-refined using toxic chemicals, bleach, and marketed as “healthy”. When you look at the chemical refinement process, stevia is no more natural than Aspartame, Splenda, NutraSweet, Equal, Sweet N Low, etc. Everybody is looking for a non-addictive, healthy sweetener. But beware of any sugar-free sweetener that gives you the illusion of a “free ride”, because you may just be deepening your addiction.

Processed stevia is made with a dangerous chemical refining process hidden from the public and deceptively marketed as “natural”. Manufacturers run into the problem that stevia leaves are extraordinarily resilient. The stevia cell walls are so tough that they resist the usual methods of boiling or centrifuging. Producers aim to to extract the active sweet compound, stevioside, and remove the funny aftertaste. In order to concentrate stevia to 300X concentration, toxic chemicals and artificial chemical enzymes are used, such as methanol, kerosene, alcohol, chlorine, ash, acids, titanium dioxide, arsenic, preservatives, chemical stabilizers, and emulsifiers.”

In addition, the processed stevia that we can find in grocery stores today are also mixed with GMOs such as corn derived erythritol and maltodextrin. These compounds are deceptively being presented to the public as “natural flavors”. The fancy marketing of stevia we commonly hear today distorts and covers up the real method behind the process. Even some stevia supplements and extracts are found to contain artificial ingredients that are linked to serious health risks including aspartame, sodium saccharin, and sodium cyclamate. It was also said that the lack of study based on long-term use of stevia has made it difficult to conclude if it is really safe for consistent consumption. In the contrary, some sources even claim that “high doses or heavy, long-term use of stevia may worsen common pregnancy symptoms by increasing the workload on organs such as the kidneys, bladder, and heart”. And lastly, the potential complications that can be caused by stevia products during pregnancy may include fatigue, constipation, kidney dysfunction or failure, overheating, dehydration, low blood sugar, and low blood pressure.

“Don’t be fooled by the name, that seemingly innocent stevia we find in grocery stores is a chemical concoction just like Splenda and Aspartame. In fact, it’s highly probable that you’re buying a blend that’s 99.8% Erythritol, a fermented sweetener made from genetically modified corn, with a pinch of refined stevioside powder. Your “Stevia” can be processed, mixed with chemicals, blended in a hundred ways, and still legally be called simply “stevia”. Refined stevioside is sold under countless brand names such as Sun Crystals, SweetLeaf, Truvia, PureVia, Stevia in the Raw, Pyure, and NuStevia to name a few.

Stay away from it. That includes Stevioside and Rebaudioside and all the names. All “stevia” in grocery stores is processed with toxic chemicals. If you’re still going for the story that stevia is natural and comes from Peru, know that 85% of all stevia comes from China. Even the world’s top stevia marketer, international sugar giant Cargill, top food manufacturer in the world with over $102.7 billion in 2016 sales, manufacturer of Truvia and PureVia with Coca-Cola and PepsiCo, has all of its stevia produced in China. It’s a small world when you control the sweeteners everybody is addicted to.”