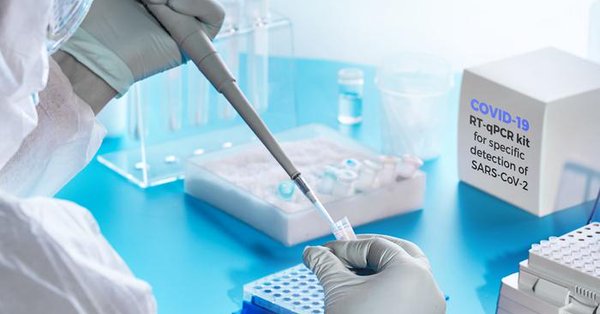 In a report by OffGuardian, an independent media, World Health Organization (WHO) admitted that the PCR test “cycle threshold” (CT value) standard is not accurate and results to false COVID positive cases. This mistake has led to global chaos and panic and brought about massive economic collapse, poverty, and even deaths as many governments around the world ordered to lockdown due to fear and pressure from these false COVID cases. This fact, however, is what hundreds of doctors and scientists have been clamoring since the early stage of this fake pandemic but unfortunately, the WHO and the governments ignored the protest.

Another thing that the WHO did not declare or admitted is what the inventor Dr. Kary Mullis himself have stated that the PCR is not really meant for diagnosing a viral disease or any disease as it is only for identifying nucleotides, very small fragments of DNA or RNA, for replication and enlargement so then experts can identify what they need to identify. The problem is that the genetic sequence of so-called SARS-CoV2 has never been truly identified; meaning that there was no valid virus causing COVID-19 isolation being done and passed the Koch’s postulate. So the question here is… what is the WHO trying to identify when there is no actual genetic sequence to be modelled in the first place?

According to the WHO:

“Users of RT-PCR reagents should read the IFU carefully to determine if manual adjustment of the PCR positivity threshold is necessary to account for any background noise which may lead to a specimen with a high cycle threshold (Ct) value result being interpreted as a positive result.

The design principle of RT-PCR means that for patients with high levels of circulating virus (viral load), relatively few cycles will be needed to detect virus and so the Ct value will be low. Conversely, when specimens return a high Ct value, it means that many cycles were required to detect virus. In some circumstances, the distinction between background noise and actual presence of the target virus is difficult to ascertain.”

This again led to another question: why did the WHO ignore the petitions of many experts when tens, if not hundreds, of people and institutions have requested FOI, wrote scientific articles, and produced video testimonies calling for this question to be answered? According to Off-Guardian article:

“…none of this is news to anyone who has been paying attention. That PCR tests were easily manipulated and potentially highly inaccurate has been one of the oft-repeated battle cries of those of us opposing the “pandemic” narrative, and the policies it’s being used to sell. Many articles have been written about it, by many experts in the field, medical journalists and other researchers. It’s been commonly available knowledge, for months now, that any test using a CT value over 35 is potentially meaningless.”

Meanwhile, back in September of this year, the former Vice-President and Chief Science Officer at Pfizer Dr. Mike Yeadon, along with others, has published a scientific paper. In the article entitled “Lies, Damned Lies and Health Statistics: The Deadly Danger of False Positives”, Dr. Yeadon stated:

“We’re basing our government policy, our economic policy, and the policy of restricting fundamental rights, presumably on completely wrong data and assumptions about the coronavirus. If it weren’t for the test results that are constantly reported in the media, the pandemic would be over because nothing really happened.”

“The likelihood of an apparently positive case being a false positive is between 89 to 94 per cent, or near certainty.”

In addition, in his video testimony, Dr. Reiner Fuellmich, a high profile German-American lawyer who already filed a class action suit together with another expert Dr. Wolfgang Wodarg also stated:

“Dr. Yeadon, in agreement with the professors of immunology Kamera from Germany, Kappel from the Netherlands, and Cahill from Ireland, as well as the microbiologist Dr. Arve from Austria, all of whom testified before the German Corona Committee, explicitly points out that a positive test does not mean that an intact virus has been found. The authors explain that what the PCR test actually measures is – and I quote:

So again, many people are now asking: why the WHO has acted deaf and blind on this very important concern? One can think that the WHO would not want to acknowledge this fact as they would really like to continue their sinister plan to vaccinate the majority of world’s population and help the global elite inject various draconian government policies. Another thing many also fear is that perhaps the WHO has deliberately ignored what was going on because they waited for the vaccines to be ready so then they can make it appear that vaccination really works as possibly, the so-called COVID cases could fall once they set the PCR CT value standard lower. As what has been theorized in Off-Guardian’s article:

“Notionally, the system has produced its miracle cure. So, after everyone has been vaccinated, all the PCR tests being done will be done “under the new WHO guidelines”, and running only 25-30 cycles instead of 35+. Lo and behold, the number of “positive cases” will plummet, and we’ll have confirmation that our miracle vaccine works.”