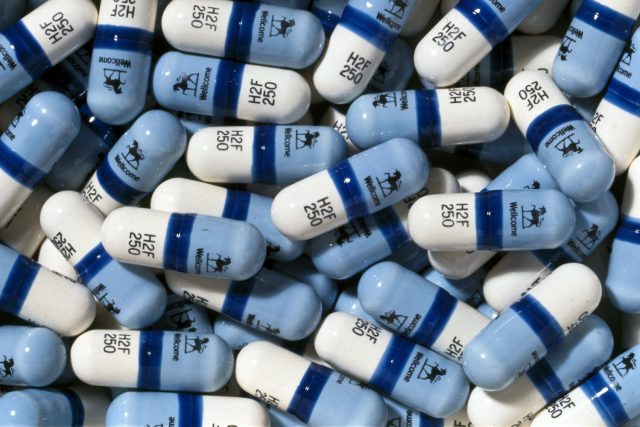 The mainstream medical establishment has been dominating not only health but also politics and other aspects of our life for many years now. Part of this problem is big pharma’s monopoly on many areas of this industry, including the development of medicines, clinical studies, academic support and of course, even its promotion and marketing. According to the biggest baron of the medical and health industry himself, Mr. John D. Rockefeller, “competition is sin”. This is the main reason why sickness and diseases seem endless and have no “known” cure.

Rockefeller’s empire started as the biggest petroleum company during the 1800’s. Known as the richest family in America at that time, the Rockefellers, with the help of the Carnegie family, eventually positioned their tentacles on the medical industry through political manipulation, ruthless marketing tactics, and bogus philanthropism. By inventing ways to deceive and mislead the governments across the United States, especially through its project called the “Flexner Report” in the early 1900’s, these two wealthiest families have successfully centralized medical industry and introduced their petroleum and chemical-based medicines and toxic radiation therapies. This has become the birth of the mainstream “allopathic medicine” which stemmed from the belief that germs and micro-organisms are causing a disease and should be killed by chemical-based drugs.

Big pharmaceutical companies heavily influence big media corporations. This is the reason why the majority of the public are ignorant on how to take care of their health and the natural cures available and even to the damages that these allopathic toxic drugs are causing worldwide. Worst, the public are even brainwashed into protecting them against the attacks by consumers and experts alike that are choosing natural and holistic treatment. Even though thousands upon thousands of cases regarding vaccine injuries and deaths are being reported and settled in courts, for example, major news companies are not interested in covering them and in educating the public about the dangers of vaccines. In secrecy, big pharma companies pay millions upon millions of dollars to their victims. Yet, news outlets are silent. For example in January 2019, thevaccinereaction.org reported:

“A Dec. 1, 2018 update by the U.S. Health Resources and Services Administration (HRSA) on the federal Vaccine Injury Compensation Program (VICP) reported that the total amount of awards to children and adults who have been injured or died after receiving federally recommended childhood vaccines has surpassed $4 billion. The VICP was created by Congress under the National Childhood Vaccine Injury Act of 1986 as a federal compensation system alternative to vaccine injury lawsuits filed in civil court.

According to an article published in Fair Warning, almost no media attention has been given to payouts made to vaccine victims by the government, which are adjudicated in the U.S. Court of Federal Claims (also known as “Vaccine Court”). Fair Warning points out that one of the reasons that the “Vaccine Court” works in relative obscurity is because public health officials maintain that “vaccines provide vast public health benefits” and are reluctant to talk about vaccine casualties for fear that publicity about vaccine injury compensation awards would dissuade the public from getting vaccinated.”

Meanwhile, in the HIV-AIDS issue, mainstream media are still silent and unfortunately, people are still tip-toeing in darkness; totally clueless of what’s really happening. The reason for this, according to the researches and experts on the subject themselves, is that there is so much money involved on it. According to Dr. Charles Thomas, PhD, a former bio-chemistry professor of Harvard and Johns Hopkins Universities:

The mainstream medical establishment is a major perpetuator of big lies and pseudo-science as well. And much like of the current fake COVID pandemic, the “HIV causes AIDS” myth is still being believed by the majority as a real scientifically-based claim. The truth is, it is not. According to Dr. Mohammad Ali Al-Bayati, PhD, a toxicologist and a pathologist:

“HIV does not cause AIDS. There is no scientific evidence that HIV can kill infected T4 cells. The true problem is that the leaders of the HIV hypothesis have been ignoring important medical facts and are blindly attributing AIDS to the HIV virus. It is very sad and frustrating to know that the AIDS establishment are giving highly toxic drugs such as AZT to pregnant women even with studies that show the depression in the immune system can be reversed by nutrition. Prescribing anti-viral drugs to AIDS patients is like putting gasoline on a fire.”

Speaking of its purported treatment, it is also very important for people all over the world to learn that AZT, one of the main drugs being used for AIDS, is a very dangerous substance that should never be administered to people. To give you an idea how dangerous AZT is, here are some quotes from experts who are skeptical about the “HIV causes AIDS” and who witnessed how this so-called anti-viral drugs are injuring and harming people:

“Kimberly Bergalis, according to the general press, was a young lady who was found to have antibody to HIV…she was put on AZT…the AZT killed her.”

“Ryan White was an 18-year-old hemophiliac who died in April of 1990 of unstoppable internal bleeding which may have been exacerbated by the AZT he was taking.”

“AZT (anti-viral AIDS medicine) has, in countless cases, brought about the inevitable and slow asphyxiation of the patient’s body cells, and death by poisoning. The doctors wrongly diagnose the fatal consequences of AZT medication as AIDS following a prior HIV infection. Treatment with AZT and allied toxic substances may be equivalent to joining a suicide squad with a time fuse.”

“Those people who have had the HIV infection for ten or 15 years now or who have survived full-blown AIDS for five or ten years have not used AZT for more than a week or two because they found the side effects to be so bad. Most of them never used any of these drugs at all. This suggests that survivors don’t use anything that can cause immune suppression. They eliminate drugs, including antibiotics and AZT, and simply try to lead a healthy lifestyle. So they may have the HIV infection, but it doesn’t do anything to them.”

“I personally do not prescribe AZT unless a patient insists. I have continued to find that patients survive longer without it.”

And finally from Dr. Serge Lang, PhD, Professor of Mathematics at Yale University

“…Recently in the State of Maine…a woman Valerie Emerson with four children was HIV positive, as well as her 3 year old daughter and 4 year old son…The two who were positive…were prescribed AZT. The little girl died, suffering terribly. Her death was attributed to AIDS by the newspapers. The son Nikolas…was given AZT. He then became seriously ill. The mother discontinued the AZT…and the son became well…However, officials of the State of Maine then started legal action against the mother to take the child away from her. In September 1998, a judge ruled against the officials. The boy is now running around like any healthy four year old…”