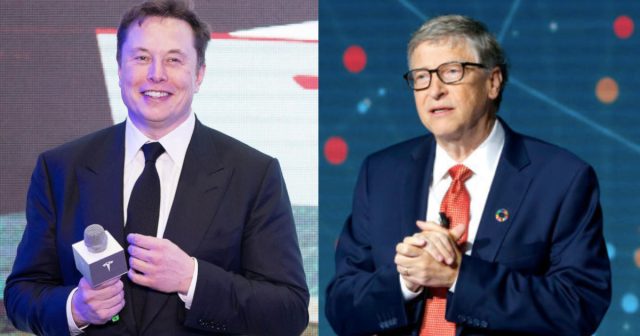 Almost every leader in the world today looks forward to the triumph of big pharmaceuticals in producing the “perfect” COVID 19 vaccine even though the manufacturing method itself, known as “Operation Warp-speed”, is utterly inappropriate and medically illegal. With the help of the Bill and Melinda Gates Foundation (BMGF) and other philanthropic organizations, these candidate companies promise to save humanity from this supposed “deadly disease” which in reality, has not been objectively and scientifically validated. The world leaders are now seem religiously counting to these companies; putting the fate of their citizens on the hands of the corporations which, ironically, have disturbing historical records and political connections. Without hesitation and not even a single thought about the damages caused by these vaccines, big leaders tout them as if they have no record of serious injuries not only to children but to adults as well.

For example, Reuters reported that on September 18, Pope Francis stated in the United Nations General Assembly that “the poor and weakest members of society” should be prioritized in the COVID 19 vaccine distribution. According to the pope, “If anyone should be given preference, let it be the poorest, the most vulnerable, those who so often experience discrimination because they have neither power nor economic resources.” The question is, upon stating this, did the pope thought about what kind of vaccine is he talking about and what are the issues that need to be addressed first before administering these vaccines to the population or even approving them in the first place? Lastly, did he know that aside from toxic heavy metals, vaccine manufacturers also use cell lines and DNAs from aborted fetuses?

The question about vaccine ingredients cannot be ignored. For example, just December of last year, Del Bigtree, the founder of Informed Consent Action Network (ICAN) reported the new research proving “CDC vaccine schedule likely causes aluminum toxicity in newborns”. Sadly, he claimed that “the researchers concluded that in the first 149 days of life, from birth to seven months, a child is in a state of ‘chronic toxicity’ for aluminum about 70% of the time”.

Meanwhile, on their recent note, Melinda Gates stated that their foundation, the BMGF, is working hard to make it a priority that there will be “vaccine fairness” in the future; meaning that equitably sharing the Covid-19 vaccine throughout the world should be done and secured by major stakeholders. According to Bill Gates’ partner, regardless if you are rich or poor, everyone should have access to COVID 19 vaccines. She added that that’s what the reason why the BMGF and others have invested millions of dollars in an effort to efficiently provide the shots against the purported “dangerous disease” which, as repeatedly claimed by respected doctors and scientists, have never been really objectively proven to cause harm, let alone death.

Of course there are countless perfectly valid reasons to be skeptical, to refuse, or be extra careful about any vaccine. Aside from these companies (Pfizer, GlaxoSmithKlein, Johnson & Johnson, AstraZeneca, etc.) having very bad records and scandalous court battles, which some of them still currently facing; costing billions of dollars in compensation, the science itself behind vaccines is definitely “not settled” and are very full of questionable justifications. The ingredients of these jabs alone will surely scare the truly informed individuals; so crass indeed that even “a pro-vaccine PhD immunologist admits there is no scientific merit for vaccinating Infants”. In contrast, this immunologist instead thinks that “vaccines are not only ineffective in the first year of life, but they can cause harm through synergistic toxicity and a state of immune overload” and that “there is no basis whatsoever either through empirical or any type of measurable evidence supporting the practice”. “The reason vaccines are administered at pediatric wellness visits is to train the parent”, said the concerned immunologist.

Last month, it was also reported in various news outlets that a participant of AstraZeneca vaccine trial had “serious neurological symptoms”. This is the reason why the percentage of the population who are skeptical of vaccines are growing bigger and bigger. Indeed, so dangerous that even Elon Musk publicly stated on Monday in a New York Times opinion podcast that he wouldn’t take a COVID 19 vaccine when it is already available. Musk, who earlier said that quarantine measures are “unethical” and “de facto house arrest”, has firmly explained that he would not vaccinate his children because contrary to what Bill Gates said about him, he knows about vaccine. According to him, “Gates said something about me not knowing what I was doing. It’s like, ‘Hey, knucklehead, we actually make the vaccine machines for CureVac, that company you’re invested in”, referring to the fact that “Tesla manufactures equipment for the German biopharmaceutical firm CureVac”.