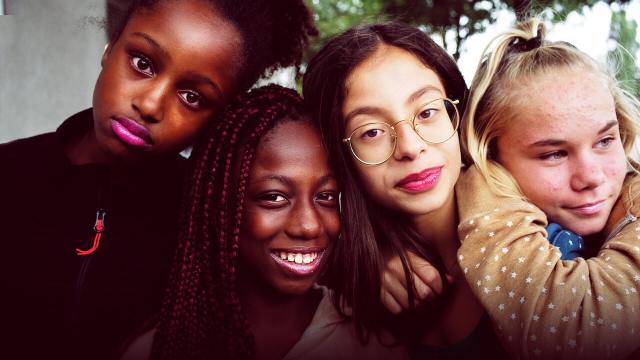 Since the few recent years, pedophilia has become a hot topic to many people, including of course the avid cultural and political critics of our time. Some say this effort has started since the Trump administration and that this is because the president is set to “bring down the pedophile elite ring”, metaphorically known as “draining the swamp”. This is the reason why, according to the people following this narrative, many personalities in high position nowadays get arrested every now and then for pedophilia, child exploitation and abuse, and even child sex trafficking.

Just a couple of weeks ago, a strong backlash against the film Cuties has caused Netflix to lose hundreds of thousands of subscribers. About this moment, there are already 658,138 individuals who have signed the petition to cancel Netflix because of, as explained in the petition, not only Cuties but also about the company’s tolerance to similar contents therefore, the company’s involvement with pedophilia in the entertainment industry. According to some critics, the film attempts “to not only normalize pedophilia but to continue glorifying the hyper sexualization of children”.

Some parents who watched it complained about the way the film demonstrates the dances through the scenes that are sexually suggestive and that Netflix review board should have never allowed the film in the first place. Also, this has made many people question why such thing was allowed by the parents or the guardians of those children involved in the production and even suggested that adults responsible should be put in jail. According to one parent, “the parents and everyone involved should be held to account for exploiting these children. The children should receive counseling on why this is wrong and what has been done to them too”. Although, some said the movie was “a good eye opener for parents who have no clue what their children are up to on these devices they give them and what they are looking up”.

Basically, this means that although most parents really think it’s a very inappropriate film, others, however, found a little bit of treasure that would justify the film. As one social media user named Kate explains:

“I watched the whole thing to judge for myself as well. The dance scene was hard to watch and way too long, and Netflix should have had the sense to cut it to avoid exciting the prurient interests of pedophiles, but overall the story was powerful and the movie is about how society hypersexualizes everything to make young girls want to grow up too fast. The point of the movie was very clear, especially the injustice of two cultures (strict Muslim and modern urban culture) that only value women as subservient to and/or sexual playthings of men.”

Meanwhile, another parent also commented about the film’s lesson regarding morality:

“I just watched the movie. As a mother of 5 young girls this was VERY hard to get through. But it goes so far beyond this movie! If we want to shelter our children from this kind of crap then we pretty much need to not own a television…and most certainly not allow our children to own cell phones. PLEASE talk to your children, be open with them (I don’t mean to expose them to this kind of thing), but I do mean to educate them on the importance of valuing their own integrity and the natural consequences that occur when we fail to respect ourselves!”

Of course, no one can deny that the film has some value on it especially when a person who watches is smart enough to analyze and understand the story and beyond what it’s being shown. However, some critics really see it as child porn movie. One social media user commented, “I agree 100%! This is child pornography and should never have been produced let alone aired.” Meanwhile, another user named Andrea also answered, “I get the message, but you don’t have to sexually exploit kids to show how kids are sexually exploited. It really went too far for kids of this age. Then named the movie Cuties and put it on Netflix guaranteeing that more kids will see this and be exposed to the sexual exploitation.” Lastly, another user named Kelly also wrote, “You don’t sexualize children to show people that sexualizing children is wrong. We know animal Abuse exists we don’t need to see pictures of ppl killing dogs for proof. All these kids are being exploited!”

Well it’s fair enough to say that to many, the film is totally inappropriate and a complete abuse of girls because it is really about sexualizing them. It’s really sad that these families allowed these children to participate in this film that is absolutely disturbing. Meanwhile, trying to provide more clear examples for the subject, one social media user named Steve explained:

“The author of the Lolita book was asked to help on the making of the Lolita film…. his response: No. Why? Putting what happened to the minor on paper is one thing, it’s part of the story. Putting something like that on film, the morality of it is just abhorrent. The film cuties could have been made much more differently. They didn’t need to actually use 11-12 year old girls, they didn’t need to have up close shots of their crotches, they didn’t need to actually show the girls grabbing their crotched like a stripper would on stage. It could have been done more tastefully and still got the message across. Anybody reading this – would you actually let your 11-12 year old girl dance like that, act like that, or do anything like that on a stage in front of hundreds of adult men? Seriously. Would you let your own daughter do any of that? Those girls were exploited just making that movie.

And finally, another parent also commented:

“Netflix is calling this art… I couldn’t stand watching the girls touching themselves, gyrating, and twerking all over the place. I guess I was raised differently. These girls are putting themselves in a vulnerable position by expressing and/or exposing themselves like that in real life. I’m thinking along the lines of rape cases increasing and these girls being at fault for acting this way. With pedophiles and sexual abusers getting more rights and freedoms, I’m afraid of how this will pan out if we start accepting this as the new norm…”