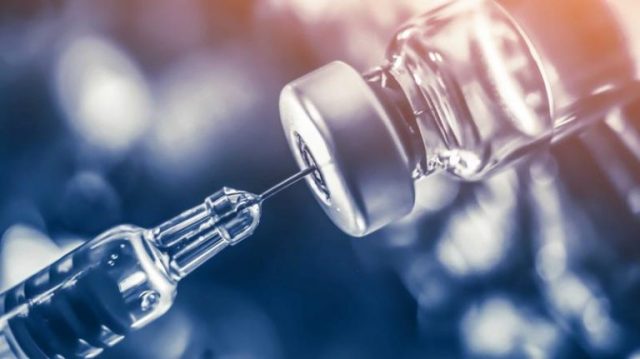 In early September, AstraZeneca, a British pharmaceutical company, has announced that its COVID 19 vaccine trials have to be stopped because of “serious adverse reaction”. This company is collaborating with the University of Oxford in the vaccine trial which is currently happening in Africa, Brazil, and other parts of the United States on a large scale. Regarding the incident, AstraZeneca, which is using HEK-293 cell line for its COVID 19 vaccine made from fetal cells harvested from an aborted baby in the Netherlands in 1972, insists that it’s just part of the “routine action” and that “unexplained illness” like this “only happens by chance”. This, obviously, has made many critics identified another major red flag.

Meanwhile, another company that’s also producing this controversial vaccine is Moderna. According to the founder of Children’s Health Defense (CHD), Robert F. Kennedy Jr., who is also a veteran activist and a lawyer who helped in so many environmental and health causes, Moderna is also running a very dangerous trial. On a panel video discussion together with other biggest vaccine awareness activists such as Dr. Sherry Tenpenny, Dr. Rashid Buttar, Dr. Judy Mikovits, and journalist Del Bigtree etc., Robert Kennedy Jr. said:

“One of Gates’ vaccines is the Moderna vaccine, which is the first one out of the gate. The Moderna vaccine is a really dangerous human experiment. It’s shockingly reckless. And to particularly go forward without any kind of animal test at all, they went right to phase one human trials.”

He then added that Bill Gates and Dr. Anthony Fauci “rescued the company from bankruptcy by giving them the first of these projects”. Kennedy further explained:

“The project is an RNA vaccine, which has never been made before. What an RNA vaccine does, unlike most vaccines which are injected with an antigen which is a piece of the target virus, a disabled piece, and an adjuvant which shocks the body to increase the immune response. That’s how every other vaccine works. This is an experimental technology that has never been done before in history. What is does, it injects a snippet of the virus that carries a genetic code in its RNA that is designed to alter the DNA, the code in every cell in your body to get your body to naturally start producing those antigens. It is a form of genetic engineering. It is genetic engineering. It has been condemned by the Geneva Statement because those genetic changes will survive in your sperm and they will live in your children or in your ovaries. They are injecting human being with an untested gene-altering technology designed to change the human genome, without having any proof that it actually works.…”

In addition, Dr. Rashid Buttar, a graduate of the University of Osteopathic Medicine and Health Sciences, College of Medicine and Surgery, also commented on the dangers of this vaccine. He stated:

“When you introduce RNA into the body, the implications aren’t something that will be necessarily seen in a week or in a month. It could be a year or two years and then the generational component, because now it’s actually changing the genetic code, and it’s going to be something that’s going to stay consistent and continue to propagate generation to generation. …”

“One of the studies we were looking at, I believe it was the Moderna study, they are forbidding sexual intercourse without full protection, meaning they are so concerned. There can be no pregnancy allowed by anybody involved in this study, meaning they are so concerned that they may have a generational problem. I think one of my biggest concerns when I talk about this, I think Bobby (Robert F. Kennedy), you put it perfectly, I believe this is the God vaccine. We’re talking about no longer letting the body react… We’re talking about messaging RNA. We’re talking about putting in manmade messages that go to all of your cells to make the cell think it’s getting information from the DNA. Here’s my biggest concern. We do know that they are all focused on this antibody immune enhancement issue that you very well described. The animals all died in the trials and now we’re going on to human beings.”

Indeed, many experts are worried about the coming RNA vaccine due to the reason that it will modify human genome. In addition, many health experts are also claiming, with objective basis and scientific proofs, that vaccine for COVID 19 is not even necessary. This makes sense as up to now, there is no legitimate evidence yet that COVID 19 exists. Experts such as Dr. Stefan Lanka, Dr. Andrew Kaufman, etc. have been asking the World Health Organization (WHO) to provide scientific evidence for COVID 19’s existence and infection yet, the WHO cannot provide this. Meanwhile, explaining further about the COVID 19 vaccine, Robert F. Kennedy Jr. added:

“With the Moderna vaccine your body becomes the factory because you’re altering the human DNA so that it will produce the antibody. They don’t have to build any factory. They just have to take little snippets of the RNA and inject them into human beings and let you do all the work. They can fast track it overnight. They can literally get it to market within months, and that’s what they did. Within weeks, all they needed was that genetic code from the Chinese and they can make this RNA virus. It’s never proven in any model, and the company that’s making it has never brought a product to market. They’ve never been through phrase three trials and they were on the edge of bankruptcy. It is really, really, really crazy. How willing they are to play God. Gates believes is up there and he can experiment with lesser human beings. If there’s collateral damage, then so be it. He’s well-intentioned, and he’s going to save the world….”