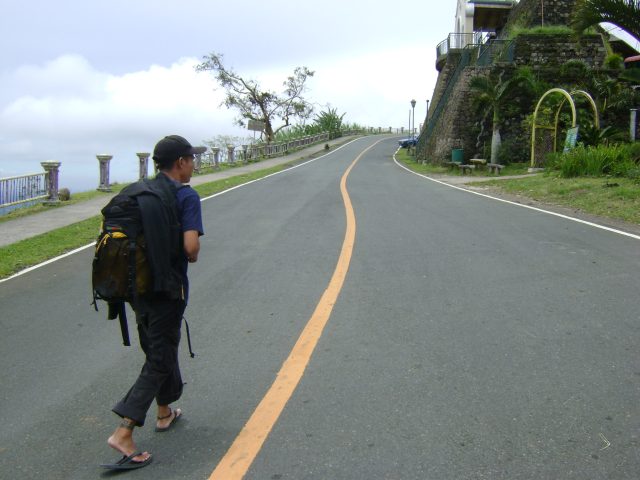 There is a growing movement today that is basically following “Western” philosophical tradition, specifically the Stoic philosophy, and for some, it is interesting to see the connection of this idea to the minimalist movement which is also now becoming popular especially among environmentally and socially conscious youth that are bothered about the unhealthy results of consumerism to both people and nature. For many, these two philosophical ideas are considered intellectual rebellion to the current mainstream media driven consumerist society; using simplistic lifestyle and sincere consideration to the environment by spending and consuming less and only the essential things in daily life while valuing time as a priceless asset, these ideas are certainly important to hear in these days of seemingly destructive dominant nihilistic consumer culture or society.

One thing that is very strong is the idea that people lose respect if they don’t own much things or money. Though this notion did not exist in some societies (in fact even up to these days), this has been around for hundreds or perhaps even thousands of years. However, today is the worst of this as seemingly we have been psychologically catapulted into consumerism to the point of becoming severely narcissistic for decades now using the greatest state of the art entertainment tools, including human resources, which virtually nurtured us who can access their media from the beginning of the glossy magazine to cable channels and now, to eternal social media. Have you notice how much daily activities in the mall are really essential? Are the products that mainly drive the establishment’s profit really important to have? Sad to say, it has become a form of neurosis considered “normal and acceptable” by the global industrial society. As a consequence, it’s not only that we suffer spiritually but also our planet which is supposed to be our major healer.

Another great aspect about these two philosophical concepts is that these ideas encourage us to be contented (on the important things, of course) and therefore helping us realize and experience the real meaning and essence of existence; which is not through what we are being told in the mass media, education system, and other institutions that condition and teach us things and manners as we grow up. Since these two philosophical ideas are similar to the Eastern philosophies that teach people to simplify their lives, such as Zen Buddhism, they’re really great psychological tools against the idea of blind consumerism being maintained by today’s capitalist system. This is also partly because the current capitalist system is not really “free enterprise”, so meaning it is not free from “corrupt” influences. This is why consequently, as industry drives politics, society is being constantly brainwashed to consume things that they don’t actually need as a way to support their government, apparently, according to the general culture.

In the current society of misguided capitalism, the need to consume usually comes from people’s subconscious realm, dictated by the daily voices of advertisements and celebrity endorsements, urging them to obey the demand of their irrational and insecure self which is to consume in order to be happy. This is a great tragedy to social evolution, sad to say. It is important to recognize because that is integral to us; the other side of our story. So remember that wise people, visionaries, artists, poets, prophets, and healers, have already told us countless times about the secrets to real happiness and contentment; about “salvation”. Through ages, fortunately, we have been constantly warned by our thinkers not to depend on external and material things for our happiness. Luckily through stoicism and minimalism, we still can hear these reminders. Therefore, it is important to constantly talk and think about these two philosophical ideas.

To learn more about stoicism, check out this video reference: