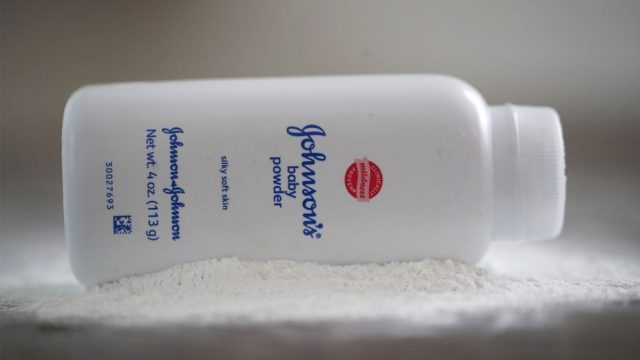 “A reasonable inference from all this evidence is that, motivated by profits, defendants disregarded the safety of consumers despite their knowledge the talc in their products caused ovarian cancer.”

“(The plaintiffs) showed clear and convincing evidence defendants engaged in conduct that was outrageous because of evil motive or reckless indifference.”

These are the statements by the court which ordered Johnson & Johnson and its subsidiary to pay $2.1 billion in damages to women who complained against the company last Tuesday. The women have been fighting a court battle against the giant company for years, claiming that J&J’s talcum products, particularly its baby powder, have caused her ovarian cancer.

Meanwhile, Johnson & Johnson still stand to its claim that talc is safe while pointing out that no health authority from the government has concluded that talc causes ovarian cancer. On its website, it explains:

“The most common cosmetic applications for talc are face, body and baby powders, but it’s also used as an ingredient in color cosmetics, soap, toothpaste, antiperspirant, chewing gum and drug tablets.

Following decades of studies conducted by medical experts across the globe, it has been demonstrated through science, research and clinical evidence that few ingredients have the same performance, mildness and safety profile as cosmetic talc.

Today, talc is accepted as safe for use in cosmetic and personal care products throughout the world.”

“On its website, for instance, Johnson & Johnson trumpets findings from The Nurses’ Health Study (NHS), the largest women’s health study ever conducted. It states that the 24-year study of 78,630 women and 31,789 talc users showed “no increase in the overall rate of ovarian cancer among the talc users, regardless of how often they used talc.”

But Johnson & Johnson fails to point out that the study did find a modest elevation in risk of serous ovarian cancer — the most common form of the disease.”

J&J Company has known 50 years ago that the talc in their products was contaminated with asbestos, as uncovered in their internal memos. “Asbestos was first linked to ovarian cancer in 1958, and the International Agency for Research on Cancer affirmed it was a cause of the cancer in a 2011 report”. Talc is used in many cosmetics. Last year, the Food and Drug Administration (FDA) issued a warning to consumers that asbestos had been found in cosmetics, “including eye shadow sold at Claire’s a popular teenage retailer”.

According also to drugwatch.com:

“Despite its wholesome image and widespread use, talc is not completely benign. Small babies are particularly vulnerable to the toxic effects of talc dust. Talc dust can cause significant harm if it’s swallowed or inhaled. Talc inhalation can cause wheezing, coughing, chest pain and difficulty breathing. Although rare, talcum poisoning can prove fatal. Because of these risks, Johnson & Johnson includes a warning on its baby powder product. It says to keep the powder away from your child’s face to “avoid inhalation.”

Drugwatch.com also wrote that although talc products are said to be asbestos-free since the 1970’s, it’s still possible that many of them are not even today. It’s even possible that asbestos can still be traced on products for children such as baby powder. According to them, there is no direct government oversight to ensure that asbestos are being totally removed from cosmetic grade talc and only the industry knows this.

It continued to state on the article:

“Dr. Daniel Cramer, a Harvard University researcher who has been studying the issue for nearly four decades, supports a different explanation. In an interview, he told Drugwatch that research “convincingly” shows that when a woman applies talcum powder to her genital area, small particles migrate up the vaginal canal and travel to the ovaries. The particles can remain there for years, causing chronic inflammation that leads to cancer, he said.”

Drugwatch.com also reported that there are several epidemiological studies that show link between talcum powder and ovarian cancer. With this, they noted:

“A 2016 study led by Cramer suggests that women who regularly dust their genital region with talc have a 33 percent higher risk of developing ovarian cancer than women who don’t use baby powder. A 2015 study by Dr. Roberta Ness had similar findings. It concluded that talc use boosts a woman’s ovarian cancer risk by 30 percent to 60 percent and eliminating the use of talcum powder could protect more than a quarter of women who develop the devastating disease.”