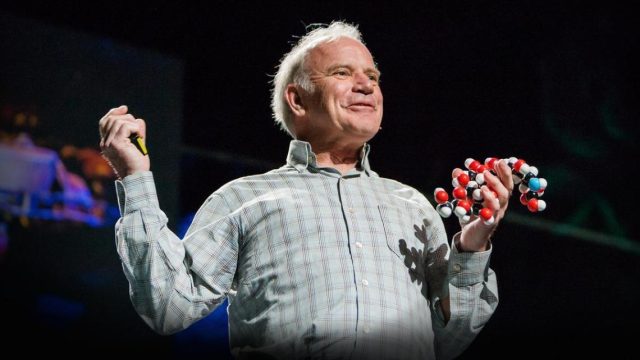 The scientist who invented the PCR (Polymerase Chain Reaction) test kit was Kary B. Mullis. This technology is what they use today to test for COVID19, said to be the cause of a disease which the health authorities such as the World Health Organizations (WHO) vaguely and inconsistently defined or identified. Mullis is among the many scientists who bravely question the narrative of the HIV-AIDS hypothesis.  Mullis did not believe what the mainstream, globalist elite-funded, science is claiming that the HIV retrovirus is causing the AIDS disease. He was an important member of the “Group for the Reappraisal of the HIV-AIDS Hypothesis, the 500-member protest organization pushing for a re-examination of the cause of AIDS”. According to him on his 1992 Spin interview, “PCR made it easier to see that certain people are infected with HIV and some of those people came down with symptoms of AIDS. But that doesn’t begin even to answer the question, ‘Does HIV cause it?’”

“In the early 1990’s, PCR, came into popular use, and Kary Mullis was awarded the Nobel Prize for it in 1993.  PCR, simply put, is a thermal cycling method used to make up to billions of copies of a specific DNA sample, making it large enough to study. PCR is an indispensable technique with a broad variety of applications including biomedical research and criminal forensics.”

According to Mullis himself, PCR cannot be totally and should never be used as a tool in “the diagnosis of infectious diseases.” This is the main reason why Mullis disagreed with the scientists who are behind the HIV-AIDS hypothesis. He defied the mainstream notion that “the disease-causing mechanisms of HIV are simply too “mysterious” to comprehend. According to him, “The mystery of that damn virus has been generated by the $2 billion a year they spend on it. You take any other virus, and you spend $2 billion, and you can make up some great mysteries about it too.” He also added that, “Human beings are full of retrovirus. We don’t know if it is hundreds or thousands or hundreds of thousands. We’ve only recently started to look for them. But they’ve never killed anybody before. People have always survived retroviruses.”

With regards to the current coronavirus crisis, which some believed to be deceptively manufactured and engineered, this situation of the HIV-AIDS phenomena that Kary Mullis decries about is not far or different. However, the reaction of the authorities today globally is more severe while also tragically preposterous as they put up policies and protocols that are obviously violating the citizen’s constitutional rights while also destroying the economy, making life miserable and harder for ordinary people that even several police officers across the US, for example, reacted and complained.

To learn more about why this crisis is ridiculously based on faulty “science”, let’s hear what other experts say about the coronavirus testing.

According to Jason Hommel, a prolific writer and researcher and also the author of the very important article regarding coronavirus testing entitled “Scientists Say the COVID19 Test Kits Do Not Work, Are Worthless, and Give Impossible Results”:

“PCR basically takes a sample of your cells and amplifies any DNA to look for ‘viral sequences’, i.e. bits of non-human DNA that seem to match parts of a known viral genome. The problem is the test is known not to work. It uses ‘amplification’ which means taking a very very tiny amount of DNA and growing it exponentially until it can be analysed. Obviously any minute contaminations in the sample will also be amplified leading to potentially gross errors of discovery. Additionally, it’s only looking for partial viral sequences, not whole genomes, so identifying a single pathogen is next to impossible even if you ignore the other issues.The idea these kits can isolate a specific virus like COVID-19 is nonsense.”

Meanwhile, according to Celia Farber, the author of “Serious Adverse Events: An Uncensored History of AIDS” and a researcher whose work about socialism, pharmaceutical industry, mass media manipulation, and most especially, the HIV-AIDS topic has made her gained an award fo investigative journalism. She is also the editor of The Truth Barrier, an investigative and literary website and co-hosts “The Whistleblower Newsroom” with Kristina Borjesson on PRN:

“One of the countless head-spinning mysteries of this whole Corona Situation has been the advent of famous people, from Tom Hanks and his wife, to Sophie Trudeau, to Prince Charles announcing they had “tested positive” for COVID-19 and were self-quarantining. In all these famous-powerful people cases, the symptoms were either non-existent or mild. Why, one wondered, did they make such hay about it? The British Royals, especially, seemed to contradict their ethos of secrecy in this case. So what did it mean? It signaled, if anything, that COVID-19 is not all that deadly. That the virus can be present without causing the disease. That host factors matter. And that being “positive” for COVID-19 is neither a PR death sentence nor an actual death sentence. Maybe in their elite and esoteric language, it means some kind of prestige, or sacrament to a Pagan Virus Deity. Who knows? In the case of the Trudeau, Sophie tested positive, and had symptoms, while her husband Justin, the Prime Minister, never got sick, and was never tested. (He didn’t want to appear privileged; Not everybody can get tested in Canada, you must have symptoms.)”

On the other hand, from an article also by Celia Farber, David Crowe, “a Canadian researcher with a degree in biology and mathematics and host of “The Infectious Myth” podcast, also the president of the think-tank Rethinking AIDS, also clearly explained the problems with the PCR based coronavirus testing, “revealing a world of unimaginable complexity, as well as trickery”:

“The first thing to know is that the test is not binary. In fact, I don’t think there are any tests for infectious disease that are positive or negative. What they do is they take some kind of a continuum and they arbitrarily say this point is the difference between positive and negative.”

“PCR is really a manufacturing technique. You start with one molecule. You start with a small amount of DNA and on each cycle the amount doubles, which doesn’t sound like that much, but if you, if you double 30 times, you get approximately a billion times more material than you started with. So as a manufacturing technique, it’s great. What they do is they attach a fluorescent molecule to the RNA as they produce it.  You shine a light at one wavelength, and you get a response, you get light sent back at a different wavelength. So, they measure the amount of light that comes back and that’s their surrogate for how much DNA there is. I’m using the word DNA. There’s a step in RT- PCR test which is where you convert the RNA to DNA. So, the PCR test is actually not using the viral RNA. It’s using DNA, but it’s like the complimentary RNA. So logically it’s the same thing, but it can be confusing. Like why am I suddenly talking about DNA? Basically, there’s a certain number of cycles.”

Regarding Kary Mullis’ intention for the PCR, this is what he said:

He went on to say:

“I don’t think they understand what they’re doing; I think it’s out of control. They don’t know how to end this. This is what I think what happened: They have built a pandemic machine over many years and, and as you know, there was a pandemic exercise not long before this whole thing started.”

“You have to have a whopping amount of any organism to cause symptoms. Huge amounts of it. You don’t start with testing; you start with listening to the lungs. I’m skeptical that a PRC test is ever true. It’s a great scientific research tool. It’s a horrible tool for clinical medicine. 30% of your infected cells have been killed before you show symptoms. By the time you show symptoms…the dead cells are generating the symptoms”

Asked by Farber what his advice for people who want to be tested for COVID-19, he replied:

“Don’t do it, I say, when people ask me. No healthy person should be tested. It means nothing but it can destroy your life, make you absolutely miserable. Every time somebody takes a swab, a tissue sample of their DNA, it goes into a government database. It’s to track us. They’re not just looking for the virus. Please put that in your article.”

“PCR for diagnosis is a big problem. When you have to amplify it these huge numbers of time, it’s going to generate massive amounts of false positives. Again, I’m skeptical that a PCR test is ever true.”

Misleading. The quote regarding the limitations of PCR tests appears not to be directly from Mullis, but in any case is not evidence the test is fraudulent. PCR tests are being used widely in England to show that SARS-CoV-2 viral genetic material is present in the patient.

This article was first published on weblyf.com.