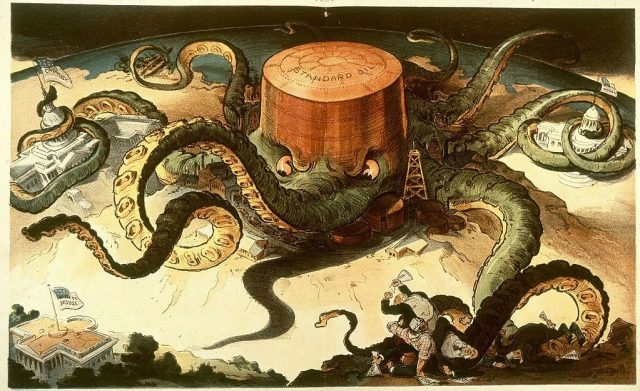 In 1997, the World Health Organization (WHO) obtained total control over the medicine and most of the mandates for the medical establishments around the world. This strong regulation was the result of the global extension of the paradigm created by the Rockefeller Foundation and the Carnegie Foundation through the ideas suggested by the Flexner Report during the 1910. But what are the long term impacts of this reform in the medical universities and to its standards of practices?  Today, despite the huge amount of financial wealth accumulated by the pharmaceutical giants, diseases are still surmounting and large part of population, especially in industrial societies, is still getting terribly sick. Looking at how the healthcare system works, It is self-evident that this unfortunate phenomena is due to the centralization of the medical system, coupled with the aggressive monopoly driven by the existing pharmaceutical companies.

It is important to grasp how the Flexner Report transformed the medical education in America and how it annihilate the thriving diversity, with valid efficiency, of the natural and the indigenous-based therapy of its time. The Flexner Report paved way for the allopathic model of treatment, emphasizing chemical-based synthetic drugs deceptively labeled as science, and for the market-driven so-called “gold standard”. It is a study conducted by Abraham Flexner geared to change the medical education in the USA and Canada for the purpose of eliminating the competition, the traditional naturopathic model which can be accessed in many schools around these states. It started the government-controlled medical education and profession still dominating the world today.

With the use of force by the government, the Flexner Report, which is also called the Carnegie Foundation Bulletin Number Four, demanded changes in the standards of admission and graduation in all medical education. With its strict and rigid protocols in research and teaching guided by mainstream science of that time (materialism and physicalism), it facilitated the centralization of the institutions and closed many medical schools that celebrate the long-held grassroots holistic and natural healing paradigm. Among the education eliminated were the teachings about homeopathy, electrotherapy, chiropractic, and many kinds of naturopathy including eastern traditional treatment (acupuncture, acupressure, etc.). Not only that, it also sent some doctors using these natural methods to jail.

Understanding the Rockefeller and the Carnegie “science”

“…what was accepted as “science” in the early 20th century? The theory of materialism, rising in the 17th century, holds that the only existing thing is matter, everything is composed of material and all phenomena (including consciousness, human soul and spirit) are the results of material interactions. In other words, matter is the only substance.  Scientific materialism (physicalism) became the philosophical position of the early 20th century. The main statement of physicalism is that there are no kinds of things other than physical things.”

What was happening before the Flexner Report was implemented

“Before the Flexner report was released, twice as many physicians practiced alternative medicine than conventional allopathic medicine, and medical knowledge was thought in small private schools all over the USA. The report changed everything and backed by the police power of each American state, medical schools are obligated to follow trend set by the Carnegie foundation. Herbs, homeopathy, chiropractic and massage were demoted as quackery; small medical schools were either closed or merged into universities financially supported by industrial companies. In less than ten years, the number of medical schools dropped from 650 to 50. The number of medical students, decreased from 7500 to 2500 as they were unable to afford the high education fees.”

Knowing the agent of the monopolists

To have a little more understanding of Flexner’s life, let’s take a look at who is Flexner and how he was summoned. The author of the report Abraham Flexner was an ambitious educator. He was neither a physician nor a medical scientist. He was the brother of Simon Flexner who works for the Rockefeller institute for medical research. Later on, “Abraham Flexner became the first director of the Rockefeller philanthropy programs in the medical education. Andrew Carnegie was regarded as the second richest man in history after John D. Rockefeller. While Carnegie played a leading role in the American steel industry and education, Rockefeller was interested in oil industry and medical researches”.

“The report included the detailed regulation of medical education, and pharmacology is the only solution against dreadful diseases. According to the present-day consequences of the report, no medical school can be created without the permission of government, and medical research adheres fully to the protocols of the scientific research (of the 1910’s – materialism, medication, and vaccination). Supply of physicians were restricted, incomes of the remaining practitioners raised and conventional medical schools began to be centralized.”

What were the results of this Report in our current society?

“According to the 2003 medical report Death by Medicine, 783,936 people in the US die every year for conventional medical mistakes. This is a 16,400% of the victims of September 11, 2001, equivalent of 6 jumbo jet crashes a day for an entire year. 106,000 of the nearly 800,000 are from prescription drugs. The united states spend 282 billion $ annually on deaths due to medical mistakes, or iatrogenic deaths. According to a 1995 US iatrogenic report, the annual automobile accident mortality rate is 45,000. On the other hand, annually, over a million patients get injured at hospitals and 280,000 of these cases result in death. In 20004, the USA spent 1.4 trillion dollars, 15.5% of the GDP on health care, more than one third was paid to the pharmaceutical industry.”

How does the current WHO regard this tragic consequence?

Instead of acknowledging this mistake that produced the medical tragedy of the century, the WHO lied and defended this by saying on one of its statements:

“In his report, Flexner demonstrated both vision and courage. He was a strong advocate for the adoption of high standards in the preparation of future physicians. In suggesting that physicians should practice medicine with a critical mind, always searching for evidence for the appropriateness of their decisions, he broke away from the then-current approach of physicians, who displayed arrogance and ignorance. He had great hopes for physicians, expecting their function to become ‘‘social and preventive, rather than individual and curative’’. In keeping with his principles, he suggested a drastic reduction in the number of medical schools in the USA from 155 to 31, arguing that those not meeting the proposed standards and not offering society the high-quality doctors it deserves should close down. He condemned ‘‘commercial’’ schools, which produced lots of ill-trained doctors and introduced the concept of social need, with the corollary that a school should be ‘‘a public service corporation’’.