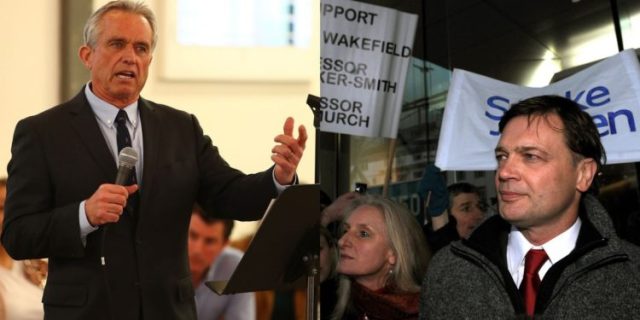 Robert F. Kennedy Jr. is the founder and president of Waterkeeper Alliance, the world’s largest clean water advocacy organization and an umbrella group which has 300 local Waterkeeper organizations in 34 countries. For decades, he had accomplished a lot in fighting for safe and clean water across United States. He also has another non-profit advocacy group called the Children’s Health Defense, in which he collaborated with other prominent vaccine safety advocates such as Lyn Redwood and Laura Bono. These people, along with other wonderful and brave advocates, have been educating the public about vaccines and helping parents of vaccine-injured children for years in getting justice.

For so many years, Robert F. Kennedy Jr has been very active in raising awareness and exposing the big pharmaceuticals’ corruption and how they use the media and their influence to manipulate government decisions and policies. He has also given dozens of speeches about environmental issues, vaccines, mercury, and other important issues related to health, government transparency, science and human rights.

To learn more about his works and advocacies, let’s explore these excerpts taken from different interviews about him:

“I am pro-vaccine, but I want safe vaccines. People call me anti-vaccine because that’s their way of shutting me up and marginalizing me in saying “you don’t have to pay attention to him, he’s anti-vaccine and people who are anti-vaccine are crazy”. But I’ve been fighting in ‘mercury out of fish’ for 35 years and nobody calls me “anti-fish”. You know I like to have seatbelts in automobiles; people don’t say I’m anti-automobile. Because I’m asking for something completely reasonable which is to have a vaccine-safety tested the way that every other medical product has to be safety-tested.”

“I have always loved science and I’m comfortable reading it. By then, I’d handled many hundreds of environmental cases. Almost all of them involved scientific controversies. When I started reading about thimerosal, I was dumbstruck by the gulf between the scientific reality and the media consensus. All the network news anchors and television doctors were assuring the public that there was not a single study that suggested thimerosal was unsafe or that it could cause autism. After a short time on PubMed, I’d identified many dozens of studies suggesting that thimerosal causes autism and a rich library of peer-reviewed literature—over 400 published studies—attesting to its deadly toxicity and its causal connection to a long inventory of neurological injuries and organ damage.”

“I was dragged kicking and screaming into this brawl. By the early 2000s, I was fighting multiple lawsuits on behalf of Riverkeeper and Waterkeeper against coal-fired power plants. I was touring the country speaking about, among other things, the dangers of mercury emissions, which, by then, had contaminated virtually every fresh water fish in America. Following many of these appearances, mothers would approach me. Their tone was always respectful but mildly scolding. They said that if I was serious about eliminating the perils of mercury, I needed to look at thimerosal. Vaccines, they claimed, were the biggest vector for mercury exposure in children.”