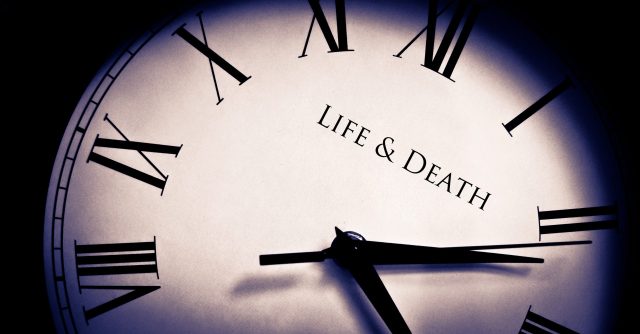 Most of the people are afraid of death. This is normal especially for people who value life and their love ones so much. This is also worrying to many people most especially to those who have lack of understanding about the subject. Though, we are not the only species on this planet that are afraid to die, you can observe this from some animals too when they are being hunted or being killed. For example, you can see animals like cows cry when they are being slaughtered or even just separated from their calf. As sad as it looks like, that’s how nature works and that’s what we are. Though you can change some of the things in nature, you cannot really change all. So, whether we like it or not, we are all going to die so it is important to face our fear of death by understanding and accepting that it is an essential part of life.

In most industrialized or westernized culture, people do not really talk about death in a seriously deep manner. This makes us uncomfortable or even afraid. But this psychology should be changed, in a positive way, so that our anxiety about this phenomenon will go away, therefore allowing us to address the important matters before, during, and after we cease from existing. Different religions and schools of thought tackle this topic; they have differing perspectives as well, depending on which traditions and spiritual practices the ideas originate. Interestingly, some religious practices do not really have healthy or positive views about death and this is one of the reasons why people are afraid or anxious about this subject. Meanwhile, some believe in reincarnation while some also believe that if they don’t perfectly follow their scriptures or obey their God’s commandment, they will not be rewarded of eternal life. Worst, some believe that there is eternal suffering. Obviously, this is not true and this should not be believed so that one can eliminate the fear of death.

Although most spiritual beliefs and philosophical traditions have different ideas about death, there are also commonalities between these belief systems. For example, almost all major religions – Hinduism, Christianity, Islam, etc. believed in the afterlife. And also, they believe that the most important thing to do with this life is to obey the laws of their scriptures and help or serve others. These are some of the common themes. However, unfortunately, many followers of these major religions too do not really practice what is being preached by their church or school of thought. This is either because of so many underlying factors or because human species are fundamentally selfish. Seemingly, both can be true. However, when you look at it, you cannot really provide a specific answer because there is certainly a duality; sometimes, people are selfish but sometimes people are also compassionate and caring. This is how life appears to us; these human characteristics are apparently inseparable just like life and death itself.

So in conclusion, people should really not fear death as much as we also don’t fear life. As long as we’re born into this world we will also die, whether we accept it or not. It is obviously unfair if we will still be punished when we die just because we didn’t follow specific religious rules even though we didn’t commit serious bad things. Besides, we are born to not know everything so it’s really not our fault. We don’t have control over these two phenomena; all we can do is accept them and make the most of them by appreciating our existence, doing good things for ourselves and also for other people. Perhaps, we are just afraid of death because we are programmed to fear it. Or, collectively we have fear of the unknown.

So if you want to understand the subject of death more and lessen your anxiety or fear of it, check out these videos below: