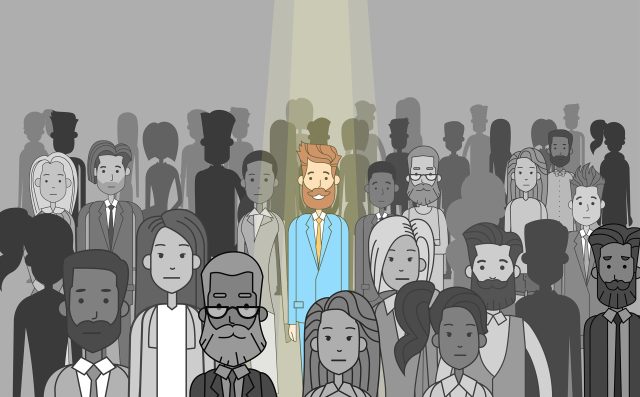 In contrast to individualism, collectivism is the idea of mandatory doing or favoring things together with other members of the community, political party, or the society. Sometimes, it equates to conformism and authoritarianism. Normally in collectivism, economically powerful and resourceful members of the society maintain and protect the agenda for the interest of the collective (in most context, the oligarchical economic dominance) and not really of the individuals. For example, as a company you are protected by the law against possible risks. But then, you are required to contribute to the collectivist goal of your government to hoard incredible amounts of money (called the people’s taxes), in the name of so-called infrastructural advancement, development projects, social services, etc. To do this, you will pay huge taxes, therefore, adhering to the collectivist goal of the state that is geared towards endless economic growth.

As a company, let’s say you will have the freedom of expression granted by the state to say and sell anything you want to the public, compared to as an individual or as an employee, you don’t have much economic and political choices. In addition, if your company becomes so huge and gained enough power to influence your country’s policy and decision makers, you can become an important contributor to this collectivist system. Sometimes, you can be excused from the law and get away with your mess. This is because you are actively contributing to the long-term collective goal of the dominating institutions within the system. Now, through that freedom, you as a company will now have huge profits. Profit helps the goal of the company (as well as all companies): to become bigger, powerful, and have higher annual income; a goal that is also shared collectively by all profit driven institutions around the world (collectively called the economy) without much regards to the interests and goals of the individual employees.

A socialist himself, George Orwell warned us through his writings that collectivism may not be healthy for us humans and for our relationships with each other as it allows toxic ideologues and tyrannical people to draw power from. People can use a certain idea or say, principles or ideologies even without really believing in them just for excuse to exercise dominance toward others and serve only their interests. Therefore, the idea of collectivism has a huge tendency to give rise to totalitarianism, centralizing the needed power for total societal control. This has been a repeated theme on his novels seven decades ago but unfortunately, this is very much of what is happening in this post-modern age we are living right now. Thus, the kind of collectivism we are having right now only advances the benefits of a social group or say, a political party that serves only the interests of the ruling few and not really the personal growth of the people.

In today’s so called democratic countries, decisions are not really the results of people’s thoughtfulness toward many socio-political happenings around them but instead, a product of tailored lies manufactured through the help of hogwash entertainment industries and many other network outlets. It seems they have totally surrender their lives just for the sake of having false sense of security through this collectivist interests. However, just like freedom, this so-called security is merely an illusion, a temporary state of stability that enables bigger forms of violence and eternal looting of natural resources and minerals. In exchange, communities and the ecology is being destroyed in favor of the economy that manufactures endless junk foods, electronic waste, and other useless stuff. The sad part is, people goes on with their unconscious old destructive ways. According to Noam Chomsky, “The general population doesn’t know what’s happening, and it doesn’t even know that it doesn’t know.”

To be able to attain the highest altitude of life, one must also appreciate the value of individualism; an independent way of thinking and a constructive form of personality. Individuals with independent mental attitude has the robustness quality which we all need to be able to be fully resilient, functional, and helpful in this society and system we live in. But to come up on this level, one should be ready to do both the mental and the physical tasks in order to be effective and meaningful in the process. Since it is impossible to turn back right now and start all the way from the real beginning, we can just take another look and decide which kind of collectivism we ought to really maintain for us to continue live a happy, meaningful, and resourceful life. In order to reach the greatest potential of the collective, we must first protect and nurture the individuals. And to start doing this, we must learn the techniques on our own.

“No one can construct for you the bridge upon which precisely you must cross the stream of life, no one but you yourself alone.” – Friedrich Nietzsche