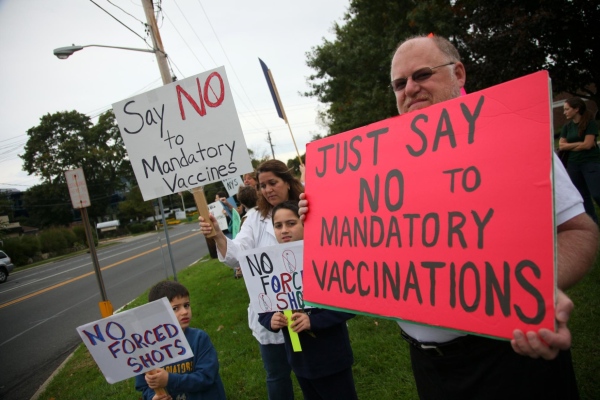 The anti-vaccination movement has started since more than two centuries ago. This is not only because many people from the past have been, according to historical records, harmed or have died from the vaccine but also the opposition movements sees this as an assault to the individual’s right to bodily autonomy and parental freedom. The vaccination method started in Europe during the late 1800’s. And there, many societies opposed this due to the horrors people have experienced in vaccination. For example, in 19th century Britain, vaccination process “involved making a series of deep cuts to the arm of the child into which the doctor would insert matter from the wound”. This process makes children “vulnerable to infections, blood poisoning and gangrene”. According to some accounts from the Royal Cornwall Gazette from December 1886: “Some of these poor infants have been borne of pillows for weeks, decaying alive before death ended their sufferings”.

The efforts of these movements in Europe have resulted to various considerations such as medical (ex. exempted the people who are “unfit for vaccination”), religious, philosophical, and personal exemptions. However, these results have been undermined along the history. In 1853, mandatory vaccination for infants 3 months old was implemented. And in 1867, this vaccination law extended the age to 14 years old while also imposing penalties for those who refuse to vaccinate. These laws fueled the formation of various oppositions such as The Anti-Vaccination League and The Anti-Compulsory Vaccination League in Europe and America. This is why a commission to study vaccination was formed and helped to revise the mandatory vaccination law in 1896; removing penalties to those parents who don’t consent to vaccinate their children (conscientious objector). Since then, the movement have spread around the world and inspired many parents and experts to educate the public about this matter. That’s why there are many movements today opposing mandatory vaccinations – in Italy, Australia, Poland, in the US, Japan and othe parts of Asia.

Up to now there are still many controversies surrounding vaccination; many parents, experts, and organizations around the world today still question the validity, safety, and efficacy of vaccines. For example, they ask why even up to now the Centers for Disease Control (CDC) and the vaccine manufacturers still cannot provide studies proving the safety of vaccines or cannot provide proof that vaccine does not cause autism and other mental health issues. Part of the concerns being raised also is the ethics and the morality of vaccination; they ask why there are dangerous and harmful ingredients in the vaccines such as mercury, aluminum, formaldehyde, human DNAs (aborted fetal tissues) and animal DNA samples. It is puzzling to many of these opposing movements why manufacturers can still legally sell vaccines while there were many people damaged and even killed by it, according to their claims.

Perhaps, it is not easy to prove that these claims are valid. Perhaps, this is the reason why many parents and even health experts are still not convinced that vaccine is harmful and ineffective. It is undeniable that throughout history, these opposing movements are still struggling to stop vaccination. But given that for more than two centuries many people are still refusing and fighting against this, perhaps it is worth studying it your self. So if you want to conduct your own study, check out these references: