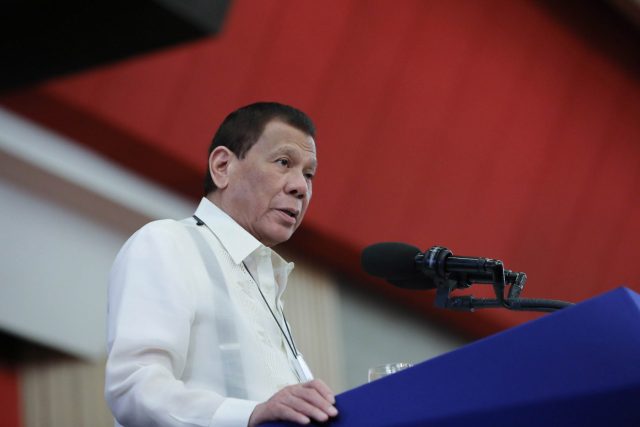 Presidential spokesperson Salvador Panelo officially announced to the public that President Rodrigo Duterte has made a final decision to terminate the contract to the Visiting Forces Agreement (VFA), a broad military agreement between the United States and the Philippines in 1998 that governs the rules of conduct of the US armed forces, which includes Mutual Defense Treaty and Enhanced Defense Cooperation Agreement, aiming to support each other in defending each other’s territory.

According to Panelo on Saturday, the Philippine government is already in the process of termination of the VFA through the order of the president. President Duterte asked the Executive Secretary (ES) SalvadorMedialdea to inform Foreign Affairs (FA) Secretary Teodoro Locsin Jr. to send the US a formal notice of revocation of the VFA contract.

In a numerous article published by the Philippine News Agency (PNA), it was stated that the president’s decision was related to US senator’s intervention regarding the country’s “anti-drug policy”, particularly in the case of Senator Leila de Lima, former chairperson of the Philippine Commission on Human Rights (2008-2010) and was appointed by former President Benigno S. Aquino III as the Philippines’ Secretary of Justice. The president, as stated in PNA, threatened to terminate the VFA after the US canceled Senator Ronald dela Rosa’s visa. Dela Rosa was the former Philippine National Police (PNP) chief who enforced the administration’s so-called “dug war”.

Meanwhile, the Department of National Defense (DND) Secretary Delfin Lorenzana stated in January that the termination does not need the approval of the Philippine Congress. Addressing to the press, he said:

“The termination of the VFA may be unilaterally initiated by the Philippines, and it is well within the right of the Philippine government to do so if it determines that the agreement no longer redounds to our national interest. All that is required is that a notice of termination be served to the US government. The termination shall take effect 180 days after the date of the notice.”

In a February 6 speech before the Senate committee on foreign relations, Locsin explained the benefits of the VFA and “presented a preliminary impact assessment an abrogation of the agreement”. In a summary, he stated the following points:

“We have listed 4 areas where the direct benefits derived from the VFA are most manifest. Clearly, these will be in respect of Philippine defense, military, and security arrangements. 1)The VFA ensures operability of other Philippines-US defense arrangements and modalities of cooperation. 2) The VFA allows the US to provide a total-package approach on defense articles that would be compatible with equipment, assets, and systems that are already in place. 3) The VFA promotes interoperability between the Philippines’ forces and law enforcement agencies and their US counterparts. 4) The VFA allows for the continued support for addressing non-traditional security threats.”

On the other hand, spokesperson also announced that the president will be having a schedule to talk with the US president Donald Trump “anytime soon.” However, Panelo did not mention what would be the issue that is going to be discussed by the two president.