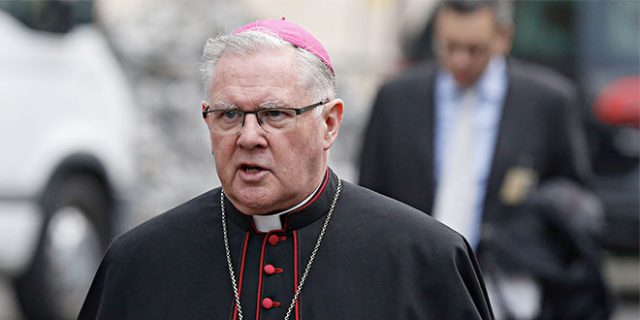 In Queensland, Australia, a bill to help the child victims of sexual abuse by forcing priests to report is being opposed by Brisbane Archbishop Mark Coleridge. The mandate named ‘Child Sexual Offences Reform Bill’, now being processed by the Legal Affairs and Community Safety Committee, will change the rules in the Catholic Church related to its secrecy rules. However, it is being opposed by Archbishop Coleridge saying “breaking the confessional seal would not make a difference to the safety of young people”.

According to the Archbishop’s letter, the proposed law would make a priest “an agent of the state” rather than “a servant of God”. He also stated that, “clergy have died because they have refused to submit to the claims of the state and preferred to defend the rights of the penitent before God and the rights of God before the penitent.” He also added, “it is claimed at times that the seal must be abolished in law because it is the linchpin of a culture of secrecy and cover-up. The Church rejects such a claim, insisting that the seal is the guarantee of a culture of true disclosure which is the opposite of cover-up.”

In addition, Archbishop Coleridge claimed that “breaking the seal had practical limits, as most confessions were anonymous”. This will, according to him, result to the clergy hesitant to confess as “the seal recognizes the right of the sinful human being to approach God in complete freedom”. In these statements, the Archbishop firmly asserted in his letter that the seal will make the priests committing child abuse to be more repentant, hiding nothing from the God “who sees all and forgives all”.

Meanwhile, the Fighters Against Child Abuse Australia (FACAA), a group that helps child abuse victims of Australia, strongly reacted to the Archbishop statements saying: “Why on earth would anyone object to laws that will see more acts of child abuse reported and get more child abusers off the streets and away from our children?”. The group also stated in their Facebook page that, “FACAA helped bring these exact laws into New South Wales (NSW) as a result of the Royal Commission recommendations. These laws are a big step forward out of the antiquated dark ages of churches being immune from compulsory reporting just because they believe their conversations are ”sacred,” and above the law”.

Meanwhile, the Anglican Church Southern Queensland (ACSQ) has also submitted a statement, signed by General Manager Tim Reid, complying with the bill. It stated that: “the General Synod of the Anglican Church has passed legislation which, in effect, allows clergy to comply with mandatory reporting laws relating to child sexual abuse. There is no impediment in Anglican Church law in force in this diocese to any licensed member of the clergy in ACSQ being able to report information about a child sex offence gained during a confession.”

On the other hand, the Queensland’s Human Rights Commission also made a submission, and stated that “religion should not be above the law”. It went on to say that: “The Commission is of the view that non-exemption of religious confession, while limiting the right to freedom of religion, is ‘demonstrably justified”. The FACCA, meanwhile, also went on to say: “At the end of the day if you have nothing to hide you have nothing to fear and if you’re worried about child abuse confessions having to be reported, maybe you should be working on your members not abusing children?”