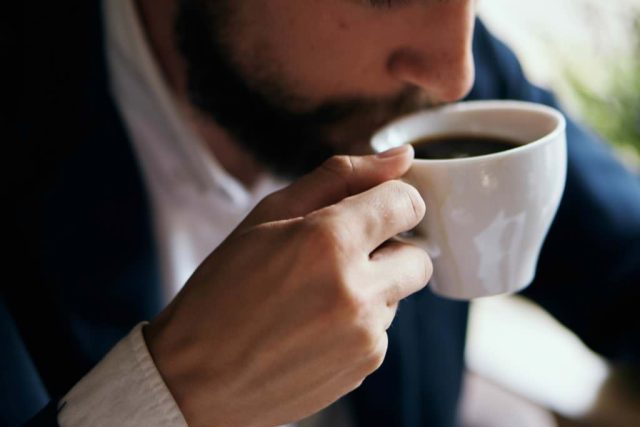 Coffee is one of the biggest industries in the world. Almost all cultures of the world consume coffee for different reasons. Many people like its aroma and taste as it provides an almost unexplained satisfaction to a person smelling and consuming it. However, we all know that coffee is also addictive and for some, it results to withdrawals when stopped being consumed. In addition, some experts also claim that it poses health risks to human health. Although in its purest form, some also claim that it has few benefits that the human body needs to have. Perhaps, it has both negative and positive effects so it’s really up to you to decide. But before you disregard the study on its negative impacts because you really think it helps you in so many ways, you should first take a pause and consider these factors.

In 2018, some parts of world were rocked by the news about the coffee processing in a certain place in Vietnam. In this incident, a factory was caught selling “coffee mixture” that has been mixed with black powder extracted from used batteries. In addition, the manufacturer also used other inappropriate “ingredients” such as dirt, rock dusts, and “black liquid”. The factory owner admitted that they have been operating since 2016 and have already sold more than 3 tonnes of their “product” within 2018. However, in a report a few days later, the owner of the factory said that the mixture was meant to be sold in the food market as “pepper”.

The toxic chemical found in D batteries is called manganese dioxide. According to a chemistry professor in Vietnam National University, as little as 0.5 milligrams of it mixed in a litre of water is enough to cause an irreversible brain damage and even death after lengthy exposure, “a condition common among manganese ore miners in the 19th century”. In addition, D batteries also contain toxic mercury, lead, arsenic, and cadmium; these are very damaging to the human organs when ingested.

Vietnam is one of the largest coffee producers in the world and 97% of Vietnamese coffee is Robusta. Because of this, few months later the Vietnamese government tightened its food safety laws. It is inappropriate to claim that the “product” from this particular factory is still on the market but we cannot be really sure as which brand or shops had purchased the notorious “product” as there were no further information from any sources yet. However, in a Reuters interview in April 2018, the chairman of the Vietnam Pepper Association, Nguyen Nam Hai, assured that the “product” was not exported. He also said that suspects could face up to 20 years in prison. Though, there is no further information yet about the suspects.

The lesson to be learned there is that, people should be really careful in consuming “mixed” coffee as we cannot be really sure which of these products are totally safe. Most mixed coffee contains chemicals and preservatives that we don’t know much about and were sometimes proven very harmful to the human organs especially in prolonged consumption such as Aspartame (magic sugar), an artificial sweetener also listed as Splenda [tm], Equal [tm], Phenylalanine, Cyclamate, Saccharines, Aspartame Acesulfame, Calcium Cyclamate, Sucralose, Sweetening Agent, etc. Some, if not all, mixed coffee also contains Sodium Caseinate (a milk derivative), Acrylamide, Glucose, Artificial Color, Sodium Stearoyl Lactylate, Mono and Diglycerides, Dipotassium Phosphate, High Fructose Corn Syrup, among many others that we should really consider researching before consuming.

In conclusion, there are alternatives available in the internet on how to create your own coffee mix, given that you are not satisfied with just pure or plain coffee. You just have to find them your self. It can’t be denied that coffee adds a little bit of excitement to our lives especially when doing something we love or while working. We hope that these information help you in some ways. In the end, it’s always really up to you to decide.