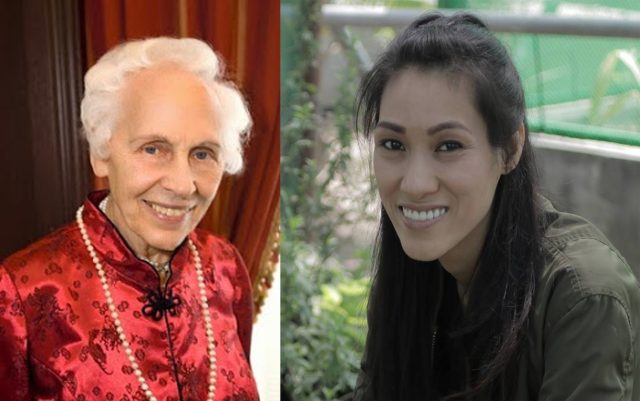 Waking up to what is really happening in our society today with regards to the aspects of health, diet, and lifestyles, many people nowadays are starting to recognize the importance of being conscious about their own daily actions and decisions. Many people are now paying attention to doctors and other health professionals that are using and promoting alternative and natural ways to these things. So despite the effort of the “cancer industry”, the big pharmaceuticals along with other major industries such as those that are producing chemically-processed foods (fast foods, junk foods, etc.), many individuals are now starting a new, more organic and more natural lifestyle.

So partly because of this, it seems that the world is now ready to accept the validity of alternative therapy and natural treatment to various diseases, including cancer. This means more and more people are now in favor of using non-conventional and non-toxic medicine such as herbs, vegetables, fruits, and most especially highly nutritious food in treating diseases. And so, it’s not a surprise that people like Dr. Farrah Agustin-Bunch and Charlotte Gerson, for example, are also becoming famous and at the same time, subjects of pharmaceutical and media demonization.

Both Dr. Farrah Bunch and Charlotte Gerson are daughters of men who were among those who started the modern movement of natural or alternative treatment to cancer. Antonio Agustin, Dr. Farrah’s father, developed the first natural cancer treatment center in the Philippines in the year 2000 while Max Gerson, Charlotte Gerson’s father and a doctor born in Germany, developed a cancer treatment that is based on dietary protocols. In his book “A Cancer Therapy: Results of Fifty Cases and the Cure of Advanced Cancer by Diet Therapy”, Max Gerson documented the treatment of many patients from a so-called incurable and chronic diseases such as cancer. This kind of method of treating cancer is being used today in many parts of the world and is being advocated by people like Dr. Farrah Bunch and Charlotte Gerson. These dietary protocols help strengthen the immune system by repairing the biochemicals in our body through vitamins and other kinds healing nutrients.

Traveling and engaging in many different organizations and programs in connection to their profession and passion, Dr. Farrah Bunch and Charlotte Gerson are both doing advocacies and incredible works that are beyond treating patients; managing projects almost selflessly and tirelessly. They are some of the few brave people who confronted the power of big pharmaceutical corporations that are undeniably behaving like criminals while raking millions and millions of profit from patients around the world. They are both part of the movement we all need these days especially that toxic food and deadly medicines and expensive treatments (chemotherapy, radiation therapy, etc.) are being endlessly pushed to us by these immoral companies that doesn’t believe in ethics whatsoever.

Sad to say, Charlotte Gerson died just this February 10 of this year 2019 at the age of 97 years old. However, The Gerson Institute and the Gerson Therapy Clinic are still open to help patients heal from cancer and other so-called degenerative diseases. Charlotte Gerson continued her father’s methods and advocacy by selling his book and by lecturing and traveling to many places for promotions and speaking opportunities. She helped found the Gerson Institute in 1978 and also helped established programs for training people to become staff for the clinic in the US and Mexico. Just like Dr. Farrah Bunch, Charlotte used her father’s ideas while also modifying them and incorporating these methods with other proven effective means for treatment. In successfully doing these things and carrying her father’s legacy, she became quite famous and has been included in many documentary films about health and cancer. And just like Dr. Farrah Bunch, she is also a bestselling author that sold books in many parts of the world.

To get updates from Dr. Farrah Bunch’ activities and projects or to buy their products, visit their website here:

To read many important articles about health, drugs, pharmaceutical companies and other related topics, click here:

To learn extensively about the Gerson Institute, check out this video: