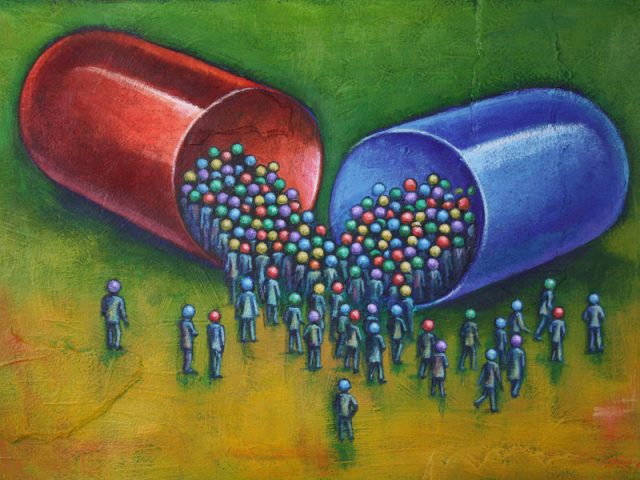 In this complex time where knowledge and information are easily available 24/7 with just a few efforts through your fingertips if you are connected to the internet, it is not difficult to get a deeper understanding of the issues that are relevant to most of us. What is difficult is that, how are we going to use the information to contribute something valuable to the society we live in? One proper example of this is the issue of mental health. Given there are so many factors in our environment that can affect our mental state, what should we do to protect ourselves and others with regards to this individual vulnerability? And another question is, who can decide for the lives of the majority and who can really tell if a person is fit or not fit to merge in the society, including young children?

Through decades of established institutional power over people, major institutions like the psychiatric industry can do whatever experiment they want to the public if not being checked. This has been happening ever since. Even though sometimes the ideas from these dominant institutions are obviously wrong (diagnosis for example), these are still being believed and followed just because society is looking up to them as “real” authorities in the field of mental health and psychology. However, what most people don’t realize is that this kind of compartmentalization, which usually creates stigma, can never be precise as you cannot pathologize every experience of the individual and you cannot label them as accurately identical to the theoretical description and definition in the DSM-5 of a so-called illness. Some examples of the labels that have really very questionable definitions and that are open to subjective interpretation as just merely concepts are depression, BPD or borderline personality disorder, and schizophrenia.

Limiting the individual’s experiences to abstract jargons and concepts

Focusing only on what they believed as valid examples of diagnosis and the actual experience of a so-called disease, most mental health professionals in psychiatric institutions become so restricted to their own narrow confines. Invalidating the individual’s discontent and complaints to the reality in his context, often the person’s distress is left untreated and even wrongly interpreted as the sickness through the use of absurd lexicons and terminologies. And oftentimes also, these sufferings are mistaken as the manifestation of the illness itself when the truth is, it is the normal reaction of the mind to the chaotic, problematic, and dysfunctional environment that he lives in, for example. Just because it is difficult to understand and measure, doesn’t mean odd actions or experiences are necessarily pathologies or signs of mental disorder. Part of effective healing is also to understand the possible source of psychological stress and other forms of distress in the person’s mental aspect and examine them in a very careful and respectful manner.

Through its rigidly constructed definition of so-called normalcy or healthy behavior, society is always being conditioned and controlled to obey specific norms and social commands, including government propaganda, that is usually insidious and even protective of a corrupt reputation. This is very dangerous because as we all know, of course not all grievances and what we see as eccentricities are necessarily mental disorders. Never. Also, these dispositions and personal tendencies need to be understood and intelligently dealt with instead of being automatically defined and seen as biological defects and instead of being treated with chemicals and drugs and other harmful so-called treatments. Aside from the stigma that it brings, this kind of attitude towards human diversity, consciousness, and psychological complexities does not allow growth and self-actualization but instead, more generations of mediocre minds and docile workers.

Aside from creating false epidemics, mainstream psychiatry also legitimizes the mislabelling of various cultural expressions and social deviancy as mental illness; validating its own pathology by classifying human natural propensities as an ailment. However, what brings hope here is that many people now from the west, which most of these accounts come from anyway, are becoming more and more educated, resistant, and vigilant against mainstream psychiatry that brings great havoc to society across different cultures. It should be celebrated that many groups and grassroots movements, local and international, are now creating initiatives and awareness campaigns about mental health on so many levels and avenues. If this kind of resistance and response to the abusive side of psychiatry continues to grow and become stronger throughout the globe, these detrimental Western ideas of so-called treatment and categorization surely cannot continue to uphold its rhetoric, power, and authority. Fighting against the abuse of mainstream psychiatry is fighting for individual and collective freedom.

WRITER’S NOTE: If you think it’s important for my works to continue, please consider supporting it by sending a financial donation (using GCASH or Palawan for local and remitly.com for international transactions). Any amount will be greatly appreciated. Email me at: jh4322020@gmail.com