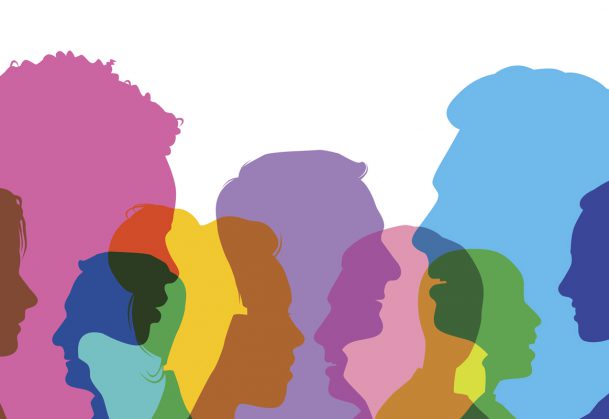 Most people are not really conscious about their perception. This is the one of the main reasons why the world can’t really have genuine peace and solidarity. Of course, we must appreciate the fact that people go to war less and less nowadays in the name of nationalism, for example. However, there are still large populations of people in the world who are made to believe about certain things that doesn’t really have concrete validity that is why it is very hard for people to really understand each other. Typically, these beliefs or stereotypes usually lead to prejudice; an inaccurate component called cognition about certain groups of people or minority. Racism and sexism are some of the examples that have components of these stereotypes.

Prejudice is characterized by strong dislike or anger, an intense emotional factor. This is called an “affective component”. However, most of these preconceive facts or realities are usually inaccurate and pseudo-representational towards a group of individuals or to a certain type of race, tribe, gender, etc. But even though, mostly this prejudice leads to discrimination, a reaction from that cognition or stereotype about certain subjects. Discrimination is one of the main reasons why many people do not have access to social services ought to aid them.

Many professionals do not agree with the idea of “authoritarian personality”. However, it seems a very observable factor. When you take a look, you will see that this kind of personality exist and they are the kind of people who are so vulnerable to prejudice. In some ways, they exhibit a militaristic kind of characters. Usually, these kinds of people are very obedient to their superiors. They listen carefully when someone they look as authority speaks. Apparently, these kinds of people don’t have much sympathy or compassion to others, especially to those whom they see as “below” them.

They can also be oppressive toward others whom they consider inferior and they are very narrow-minded when it comes to their viewpoints. It means that they are not flexible and they are less tolerant when it comes to, let’s say, politics, sexual preference, religious practice, etc. One of the believed reasons was that they had a very difficult childhood or maybe that they had traumatic experiences growing up. It could also be that they experienced tough disciplining themselves. Whatever the causes are, it is really common that people with authoritarian personality types use prejudice to cope with their perspectives of the world.

Individuals who are authoritarian depend on prejudice to protect their ego. This is probably because prejudice shifts the focus away from their self and into the others. They do this to avoid their unacceptable characteristics and evade confrontations with their own flaws. This is why with prejudice, they put the blame on other people, hating and disagreeing with how others act and behave.

Many people ask: what if prejudice and discrimination are caused by frustration? It is somehow undeniable that frustrations often results to aggression that’s why professionals have come up with this hypothesis. One example we can clearly demonstrate here is the kind of situation where one is frustrated with his or her job because of its quality or whatever reasons. Typically, this person cannot express this frustration toward his employer for the reason that he or she might get terminated that is why there is suppression going on. However, if the situation continues, this frustration will keep on building up and it should reach its limit.

This is when the negative re-channelling happens. The frustration that is supposed to be directed into the employer will now turn to others instead; towards minority let say for example. Obviously, this would look acceptable as if he does this, there will be no serious consequence such as losing his job. So scapegoating takes place, the aggression that has been displaced toward the minorities. This happened many times throughout the history, especially during times like economic hardships or any social crisis.

This suggests that when people are deprived of something they think they must have, they become very frustrated and this frustration leads to more prejudice and discrimination. So it is the difference between expectation and actual situation. And this difference can quickly lead to collective unrest, upsurge, etc.