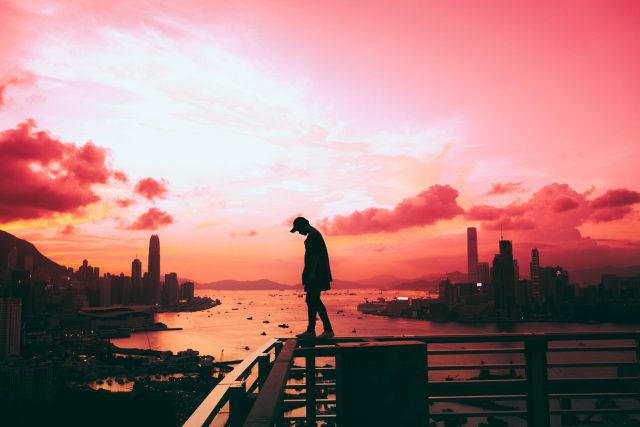 Spirituality can be defined in many meanings and this term can also mean different things to different people. Usually, when we say spirituality, to many it means the person’s religious values or practice. To some, it means a person’s connection to the divine or the God or the universe. Cambridge dictionary defines it as “The quality that involves deep feelings and beliefs of a religious nature, rather than the physical parts of life”. But, if we really take a serious look at it, it could still mean many things. Helping others is one of the many forms of spirituality we can simply think of.

To others, the term spirituality could also mean a person’s collective virtue, deeds, or benevolence that is tied to his personal convictions of morality. It could also mean his altruistic character, facing the odds for the service of other people and to something greater than himself. It could also mean his overall health and well-being or it can also be equated to his love and passion for life and compassion to other people and beings on this planet. Spirituality can also be a person’s holistic and considerate outlook on many aspects of our existence on the planet and in the cosmos.

Since there are many forms of spirituality and this term can be defined in many different meanings, of course this means that there are also various spiritual traditions from the different sides of the continent. Most of these are either from so-called Eastern or from Western tradition. Historically, Eastern spiritual tradition is much older and complex compared to the ones from the Western side. It means this has existed and has thrived way earlier, many thousands of years ahead than mainstream Christianity. Along with its beliefs on living the personal and social life – including perspectives on family life, gender, diet, values, sexual activities, day to day deeds, etc., there are also applications such as yoga exercises (asanas) and meditations, prayers, and many repeated mantras and rituals. These are just some of the examples of one’s spirituality, if we have to look at the term through its religious connotation.

Nowadays, many people stopped living a so-called conventional religious life but instead practice spirituality on their own. Some also are embracing the so-called “new age” ideas, fusing many forms, getting the most useful parts for them while also discarding the things that do not serve their purpose. Although this has been an unspoken trend for how many decades, it has never been as common to us as during this time or age. One reason is that the sharing of information throughout our society has become so very vast, free, and effective with the help of efficient technology such as the internet. People can now learn about many things, scrutinize certain ideas, and research about issues or subjects easily through computers that’s why if you look at the brighter side, you can see that in many places, people have become smarter and less gullible. For example, many stopped going to church or stopped listening to pastors but instead, studied the scriptures themselves while also experimenting with more openness to other existential possibilities or to tolerate or accept other beliefs.

And with this, you can really tell that the term spirituality is somehow vague and not yet fully defined. One can also ask, does the meaning of spirituality also include negative, bad, or harmful praxis? Does it also talk about the practices and beliefs that are destructive to other people? How about priests abusing children, is it also necessarily part of their spirituality since they are doing it, somehow, it in the name of their religion or god and within the place where they do their religious practices and tasks? How about a marriage between a young girl and a very old man or child marriage, is it also called spirituality? For sure many would defend and justify that religion has nothing to do with it. Of course, they can also provide their own philosophical defense for that, regardless if these are right or wrong. But seriously, how can we specifically define spirituality? Is there a need to define it concretely? It is undeniable that some people do harmful things: bombings, rape or murder for example, passionately under the name of their religion. So can these also be called spirituality?