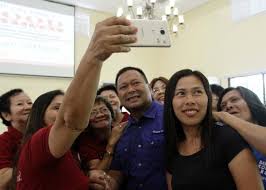 MANILA — A regional director has claimed that Department of Public Works and Highways (DPWH) Assistant Secretary Tinganun “Roger” A. Umpa, whom President Rodrigo R. Duterte earlier asked to resign or be sacked, has given his staff some “unusual instructions” during his inspection in Cagayan de Oro City (CDO) last May 2 to 4, a few weeks before he was asked to quit.

In a report addressed to DPWH Undersecretary Emil K. Sadain, DPWH Director Zenaida Tan of Region 10 bared the many “bad” actions undertaken by Umpa during his stint as Assistant Secretary.

It may be recalled that Presidential spokesperson Harry Roque earlier bared that Umpa was asked to resign or be sacked for allegedly asking from contractors in the Autonomous Region in Muslim Mindanao (ARMM) area for certain percentages from projects awarded to contractors.

According to Tan, she first noticed there was something suspicious about the so-called ‘kalakaran’ or norm in DPWH when Umpa had asked her to book his ticket to CDO, along with three others, including their accommodation in a specific hotel, Limketkai Lux Hotel.

Being only weeks-old in her directorial post, Tan told Umpa that she wanted to be spared from the norm but still was hospitable to cater to his office-requests.

Tan said that Umpa mentioned being sent by “Malacañang” to stop corruption and that there were demolition moves against him. He also said that he was asked to remove employees if necessary.

She later bared that Umpa was merely using Malacañang as his “shield” in carrying out his deeds.

According to Tan, Umpa had also requested for a one-on-one talk with her, giving her instructions, which she described as “insinuating to earn extra income.”

“After the meeting, he requested for a one-on-one talk with me. In our private meeting, he gave me many instructions. Some of which are insinuating (how) to earn extra income,” Tan said in her report.

“Every time Asec. Umpa gives ‘unusual’ instructions, I readily inform him that I do not give updates to the higher-ups and that delicate management matters in my AOR (area of responsibility) should not be a secret to the top management. He said he will work it out in the Central Office,” she added.

However, she was puzzled when Umpa instructed her to let other engineers supervise the regional projects in Lanao del Sur as replacement for Engineer Macabanto.

Tan said that she was also instructed to tell contractors to deliver to Umpa his 1 to 2 percent share from the projects awarded to them.

“Asec. Umpa instructed me to tell the contractors of our project located within ARMM area (Asec. Umpa’s area) to deliver to him a 1 to 2 percent project share. I told Asec. Umpa that I cannot follow his instruction as it will destroy my image and the DPWH organization,” Tan said.

“I want to clear my NAME kayong mga politician na contractor na corrupt dahil sa katiwalian niyo ako pa ngayun aNg corrupt!! (you politicians who are also contractors are corrupt. Because of your corruption, you make me look corrupt!!),” Umpa said in a Facebook post.

Umpa also urged Malacañang to investigate all DPWH officials and congressmen who are contractors.

“Im calling the attention of MALACAÑANG to investigate all DPWH officials and all congressmen who are contractors..” he added. (PNA)