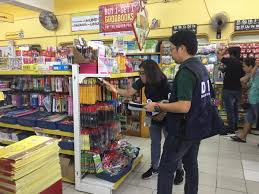 Dr. Melhammid "Prince" Tomawis, chairman of APO CSR Committee, said they chose the Muslim area as recipient of the outreach activity to make the residents feel they are still being cared for by society.

The former Muslim barangay captain in the area was reportedly killed in the ongoing drug war of the Duterte administration.

The free medical consultation included blood pressure monitoring and distribution of some medicines to the children, tooth extraction and surgical circumcision among young boys.

Several undernourished children, on the other hand, were fed by their partners from Ford Rangers East Phil. Inc., which also distributed rubber slippers to the children.

Roque said the services were in line with the recent celebration of Mother's Day where they served women and the elderly.

Almost 100 outreach activities had been conducted by the APO group in different areas of the country in a span of two years.

Meanwhile, to ensure that residents would be properly enlightened on the illegal drug war of President Rodrigo R. Duterte, talks on the subject matter were also conducted.

The group also gave lectures on anti-extremist campaign to prevent them from being recruited by some rogue Muslim groups.

"It is important to also give lecture on anti-extremism since we know that usually, the young people are the target as recruits of ISIS (Islamic State of Iraq and Syria) terrorist group," Tomawis said. (PNA)