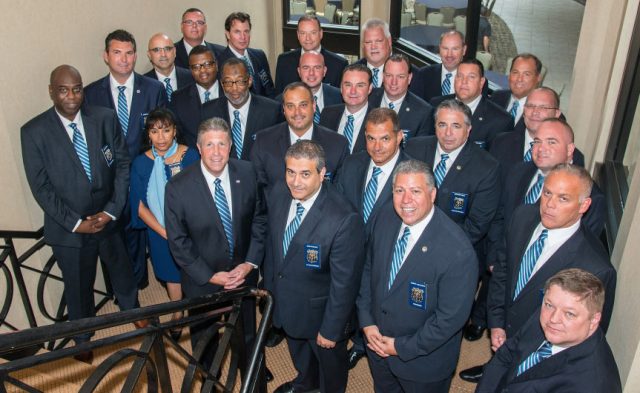 New York City police union members recently “won” in a lawsuit opposing the COVID-19 vaccine requirement; but, the battle continues as the city appeals to the ruling. According to a judge’s ruling last September 23, members of the Police Benevolent Association (PBA) were “wrongfully terminated or placed on unpaid leave”, and the vaccine requirement is “illegal to the extent that it has been used to impose a new condition of employment to present PBA members.”

On the 27th, PBA President Patrick Lynch provided members with another status report, informing them that the “city immediately filed its intention to appeal the ruling and indicated that it does not intend to comply with the ruling while that appeal is pending.” According to their statement, the PBA has issued a letter to the City’s Corporation Counsel, informing them that the organization “will immediately move to have the City held in contempt of court if members are placed on LWOP and/or terminated.”

This was a quick response to the answer given to them by the department when asked about the court’s decision. As the president claimed, union members who had previously requested exemptions had been turned down and the city stated that it will continue to place the members on LWOP (leave without pay) or even terminate them. Later, however, Lynch quickly sent another update claiming that after the group indicated a response of holding the city in contempt, the city decided to change its direction. According to the city’s statement:

Over the past two years, opposition to New York City’s vaccination mandate for employees has been continuous, with first responders adopting a strong stance against the program. The mandate resulted in Tom Lapolla, a former battalion chief for the New York City Fire Department (FDNY), forced into retirement. According to Lapolla, there were just two choices available to city employees. They are forced to choose between taking the experimental vaccination or going on unpaid leave, which he also referred to as forced retirement.

Among hundreds of government employees like him, Lapolla has been betrayed by his own government by denying him the right to informed consent; to decide for his own body and health. All over the world, many people like him in the government worked sincerely hard, only to find out later that they are just being treated as disposable machines, especially if they don’t consent to a dubious medical experiment like this current fiasco still happening.