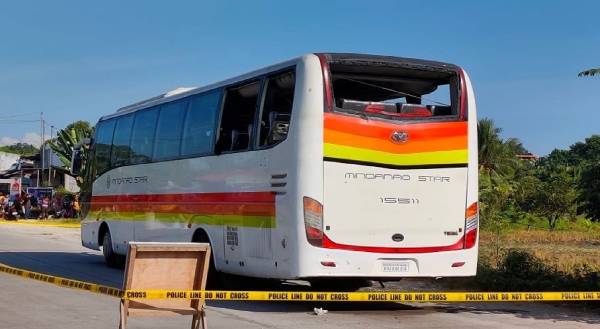 A five-year-old boy died while six others were injured after an improvised explosive device exploded on a passenger bus in Aleosan town, Tuesday morning, January 11.

P/Captain Arvin John Cambang, chief of Aleosan Police, said the passenger bus owned by Mindanao Star Inc. was speeding. the national highway in Barangay San Mateo, Aleosan to Cotabato City from Davao City when a bomb exploded inside a piece of luggage past 8 a.m. on Tuesday.

Witnesses told police the unidentified suspect boarded a bus in Pikit town and left his luggage after he got off the bus at Aleosan National High School.

Cambang said investigators are already gathering evidence including CCTV footage of the bus to determine the identity of the suspect.

Condemned by PB/Gen. Alexander Tagum, police regional director, the terror attack that victimized not only innocent civilians but including minors.