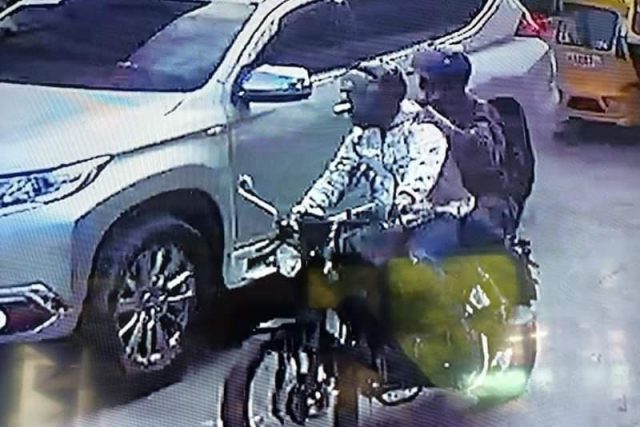 Tuguegarao City, Philippine -Authorities are looking for the riding-in-tandem that swept away more than ₱ 1 million pesos collected by a courier company that was supposed to be deposited in a bank in Barangay Villasis, Santiago City in Isabela.

In the initial report of the Santiago City Police, the two J&T Express employees who were abducted were identified as Jerick Tangalin Bilog, 25, of Rizal, Santiago City and Ginalyn Flores Lorenzo, 22, of Divisoria.

According to Bilog and Lorenzo, they were on their way to a bank to deposit the money when two armed men on a motorcycle stopped them on Perez St., Villasis and stole ₱ 1,094,000.00 from them.

The two suspects fled immediately after the robbery, closed-circuit television (CCTV) cameras captured a photo of the suspects.

Police are still investigating the incident.