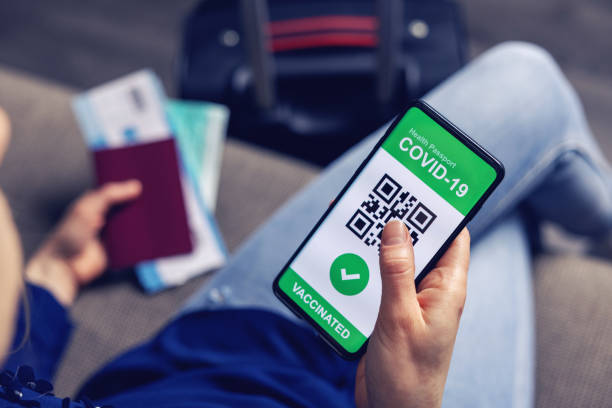 On October 20, 2021, four Members of the European Parliament (MEP) from different political parties, named Christine Anderson (Germany), Francesca Donato (Italy), Ivan Vilibor Sinčić (Croatia), and Cristian Terheş (Romania), held a press conference entitled “Defending fundamental rights by opposing the misuse of Digital Green Certificate” (DGC) to expressed opposition and disapproval “to the increased violations of fundamental human rights across the EU” by the government of the highest position through imposing mandatory use of the said vaccination proof also known as DGC.

The four MEPs who are defending the human rights of the UE citizens also expressed their grave concerns about the staff members of the European Parliament who are being under threat of job termination if they do not abide to the use of the DGC. This so-called vaccine passport, however, does not make any real difference between the vaccinated and the unvaccinated people as the former is still not considered immune, according to the World Health Organization (WHO) itself or to other government health agencies. In fact, in early August of this year, reports from Israel, through Dr. Kobi Haviv, claim that 95% of hospitalized patients who are suffering severe health problems are vaccinated people. The same reports, though not from major mainstream news companies, also surfaced in Australia, Singapore, Gibraltar, England, Iceland, and other parts of the US.

This is also one of the main concerns of MEP Ivan Sinčić of Croatia who said that DGC is a license to spread and infect which gives a false sense of security. According to him:

“DGC is completely illogical; it is not scientific and must be abandoned… that it is really sad to see freedoms, rights, and the rule of law endangered in Europe today. Unfortunately, in some countries, you cannot keep your job without Digital Green Certificate, you cannot enter public buildings without DGC, you cannot enter a shop without DGC.”

Sinčić also added that he fully supports the rights of the European Parliament staff members in their stance of “non-discrimination, non-segregation, the freedom to come to the workplace”. He then added:

“My message to the staff is simple: You are not alone and fight for your rights! We are fighting along with you!” he concluded.”

“Well, if we look now, a few months after this Green Certificate was imposed in the European Union, we see exactly the opposite, that all these rights that, allegedly were supposed to be protected by this regulation, are violated right now. People cannot work anymore, and they live under the threat of losing their jobs and livelihoods if they don’t have this certificate. Is this the type of European Union that we want to build, that we want to accept?

They haven’t done anything wrong. This is an absurd situation. Hundreds of people working for the Parliament are faced with the threat that sooner than later if they don’t have this Green Certificate, they will be losing their job. This is not fair to them, it is not fair to the citizens of this Union, and it’s not fair to all of us.” For these reasons, “we are here for you, and we will fight for you.”

Speaking about the tyrannical and murderous vaccine mandates and the suppression of the actual vaccine adverse effects data, lawyer and MEP Francesca Donato of Italy stated:

“…we have a terrible situation in Europe today because human rights are not respected…, and all over Europe peaceful protests are violently repressed….

And so we are forcing citizens to receive invasive and risky health treatments because the informed consent that citizens are obliged to sign to receive the vaccines is not free: it’s an extorted consent. So, even when people have medical contraindications for receiving vaccines, they are obliged to take them. They are forced to do it because they would lose the job, would lose their fundamental rights if they don’t do it. And when these people have adverse effects, even very severe adverse effects, they don’t receive any free assistance. Even reports of adverse effects are very rare. The data of adverse effects that we can read on papers are just underestimated…

So we have a medical issue that has turned into a democratic issue. We must all today stand for the defense of human rights in Europe, we must do it all together, and we must do it now…”

Meanwhile, the German MEP Christine Anderson also strongly criticized the human rights violation being brought about by this mandate. On the said press conference, Anderson stated:

“Let me say this, I am not afraid of this virus. What I am afraid of is governments abusing this or any other crisis for that matter, to infringe on civil rights, to revoke them or to question freedom altogether.

What we have seen in this crisis is that civil rights and liberties have been transformed from fundamental rights to privileges that governments grant or revoke as they see fit. I call on all Europeans to stand up to any government trying to take away our freedom, civil rights, and liberties!”