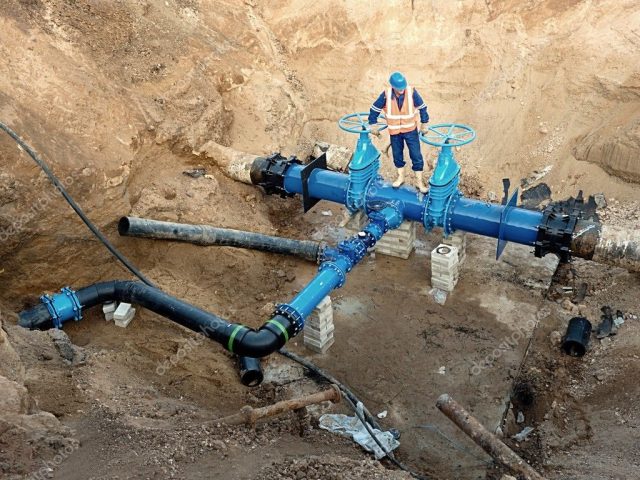 Hidden behind the façade of health crisis and other current issues is the great water grabbing by the world’s richest families and entities. These people compete by any means necessary to grab the important “commodities” such as freshwater to satisfy their greed and appetite for today’s economic debauchery and game of ruthlessness. Not satisfied in controlling the production of food and food related technologies, they also sought to privatize and monopolize the system that deals with the most essential human need; claiming power over the resources underneath the land at the expense of violating human rights. And as giant nations like China, the EU, and the US demand a vast amount of water to support not only their very “precious and sacred” diet but also their wild capitalist machine, places like the Middle East, Africa, and many places in Asia also suffer water scarcity.

It is reported that almost one million people die from water-related issues every year while many provinces of many countries suffer the lack of proper access to drinking water; leading to poor quality of life or even high mortality rate. According to Jim Galloway, author of MyWaterEarth&Sky, “a site that deals with water-related information, products, ideas, news, politics, and technology”:

“The Water Scarcity problems on earth have risen so high that water has become the oil in this new Frontier of Economic Globalism.,,

Even though humans around the world need clean water to survive only 1 in 9 people around the globe actually get it. As far back 2010 the United Nations recognized that more people were dying from lack of water than from acts of violence including war…

The biggest part the world’s water problem that is scarcity is that out of all the water that exist on earth only 2.5 % of that water is drinkable. Water distribution is extremely expensive. Places like Africa struggle to find the monies even to start the necessary infrastructure it would take to distribute sources of water to the people that need it the most.”

The concept of “water grabbing” has been in the grassroots consciousness for years and many international organizations have been talking about this ever since the beginning. Though found in different forms, it exists and much like health care, it is clearly an important social problem to be collectively solved. Because of very obvious power imbalance and injustices around the water issue, movements from different countries have emerged and have been fighting for years to reclaim their right to this essential need. All over the world, water grabbing and privatization of this natural resource by big companies is happening; done in a clandestine and deliberate operation while securing huge amount of profit especially from the ordinary public. As reported by Jim Galloway:

“Private ownership of water utilities has been growing worldwide for more than a decade. The number of people served by private water companies grew from 51 million in 1990 to nearly 300 million in 2002, according to the Journal of Water Resources Planning and Management. In the United States, each person, on average, uses about 150 gallons of water daily. In Britain, that per-person average falls to 30 gallons a day. In the world’s poorer countries, such as Kenya, millions of people subsist on less than 5 gallons a day.”

Monumental histories such as in Cochabamba and in Flint Michigan are just some of the many places in which powerful corporations have succeeded in stealing the water sources from the people, sometimes resulting to brutal government violence and civil war. What big water companies do is take no responsibility on improving the water situation or even contributes to the problem so that the public cannot have safe and secure access, therefore making them dependent on their services which would cost more than the usual. And just because the public has no good access to drinking water, for example, they would choose to buy or use bottled water from the companies that have limitless access to clean water. Talking about this ruthless scheme back in Flint, Galloway continued:

“The corporate multinational, Nestle Company, was pumping the equivalent of 100,000 times an average Michigan resident’s water use into plastic water bottles for sale at about $1 a bottle across American Midwest. For this amount, Nestle Corp. pays $ 200.00 annually for the water bill.”

Mining is another huge industry that does not only use water but also destroys its sources. Along with deforestation, mining destroys the ecology on a super massive scale, leaving all inhabitants and dependents hungry and devastated. Affecting not only the food and water supply, global mining corporations can own huge part of the land. Because of this system of water marketing started by countries like Australia and the US, governments in many places have also allowed big investors and multinational corporations to privatize and trade water even at the expense of ordinary public. And because these corporations have financial power over the governments, they can do practically whatever they want, even denying access to the people. People, especially from very poor countries, usually become voiceless and powerless to take action against the water grabbers because governments often favor and protect them.

Finally, explaining about who are the biggest companies and families that holds the rights to these huge water supplies, Galloway wrote:

At the same time that water rights were becoming news, citizens of the USA were being targeted for controlling water for self-sustaining reasons…

The Elite Mega Banks and Investment firms along with Billionaire investors like Filipino Tycoon Manuel V. Pangilinan, Warren Buffet and Hong Kong Multibillionaire Li Ka-Shing’s are shopping worldwide for deals. Back in America where infrastructure-privatization fever is unstoppable, many local and state governments are just giving it up under financial and budgetary strains…”