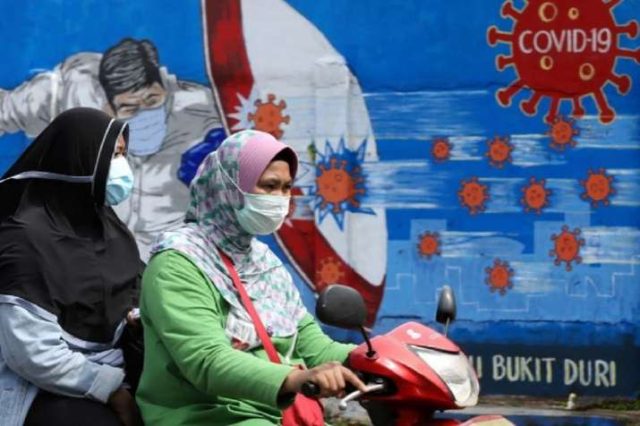 Early this month, officials reported that more than 350 health workers, including doctors, in Indonesia allegedly test positive for Covid-19 even though they have been vaccinated with Sinovac, the vaccine from China that is reported to have maimed many people and suspected to have caused the surge of cases in Pakistan, Chile, and Turkey. Among the vaccinated doctors, which is around 90%, the Indonesian Medical Association’s Covid-19 mitigation group reported that of over a five-month period, at least 20 of them allegedly died of Covid-19.

Many of these health workers, especially in central Java, have been hospitalized though many also showed no symptoms and were just advised to self-isolate at home. Health officials blamed the incidents to the so-called new variant named Delta even though they have no evidence to prove this as it is now widely recognized that the PCR test is not reliable as it generally produces false positive results.

There were also reports of vaccinated doctors hospitalized in Jakarta as well as a surge of cases after using Sinovac, causing Indonesian authorities to set up emergency tents, as reported by the group LaporCOVID-19, an independent health-linked data group. Across Indonesia, the rise of cases among vaccinated medical workers has raised questions about Sinovac as Indonesian government targets to vaccinate more than 180 million people by early 2022.

Despite these ironic incidents, the Food and Drug Administration (FDA) of Indonesia still recommended Sinovac yesterday for children ages 12 to 17 while authorities blamed the travellers attending Ramadan last month for the alleged sudden surge of Covid cases; locking down dozens of communities in Kudus, Central Java.

Incidents like this did not only occur in Indonesia but also in other parts of the world and Sinovac is not the only vaccine that caused deaths and injuries but also other brands such as AstraZeneca, Pfizer, Johnson & Johnson, and Moderna. For example, on March 9, it was reported that 4 persons have died and 3 were sent to ICU in Hong Kong after receiving Sinovac. But on June 14, another report also surfaced that another 16 person died after getting the vaccine in Hong Kong, though one of them was caused by Pfizer.