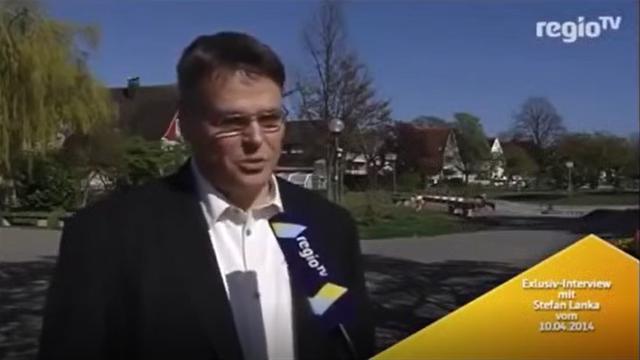 From measles to HIV, swine flu to SARS, hepatitis and now, to COVID-19, the myth about “germ theory” has been perpetuated through the power of financial wealth by the institutions that control the mainstream medical establishment which is now, unbelievably, is making the decisions regarding human affairs almost on the entire world, wreaking havoc to people’s lives and the economy while still raking huge amount of profit. Sickly evil, as what some people describe it. But who are the main originators of this lie of germ theory that these psychopathically parasitic establishment is using to make the entire world believe that there are highly infectious and deadly virus people need to hide from?

Diving deep into the history of diseases and medicine, you will learn about Louis Pasteur, the famous fraudster who fooled the so-called wise leaders of wars in history but then later on left an essential confession through his diary. If heard and taken seriously by modern science and medicine, which is controlled by the masters of lies and deception – the Rockefellers and Bill Gates along with other monopolists and control freaks being followed by politicians, this confession can and will save us humanity from unnecessary sufferings in terms of health and might probably enable us to enjoy life and well-being. Though, if alive today, Louis Pasteur might not want to witness this kind of humanity. Because we cannot totally say that through his germ theory hoax, this is the kind of world is what he really intended to help to create. Maybe not or maybe yes but nevertheless, he made a mistake.

In January of 2017, the German molecular biologist and virologist Dr. Stefan Lanka won a case in German Federal Court of Justice (BGH) in claiming that “there is no such thing as measles virus”. Dr. Lanka has become controversial for exposing and debunking the hoax of germ theory, the dogma that protects the pharmaceutical establishment of today by claiming that their synthetic and chemical-based pills and vaccines protect us from, of course, germs and viruses. Through his years of expertise and personal experiments, what he discovered was the opposite – germs and “viruses” are essential for us humans to live!

To add to the perspective, here’s what Dr. Jarek Esarco, a pediatric and family wellness Chiropractor and an active member of the International Chiropractic Pediatric Association (ICPA), has written:

“When the germ theory was first being proposed in the nineteenth-century by forerunners Robert Koch and Louis Pasteur, it was very controversial and had many detractors within the scientific community. One critic in 1884 was so convinced that the theory was wrong, he gulped down a glass of water that was mixed heavily with vibrio cholerae, the bacterium associated with cholera. Astounding his colleagues, he was completely unaffected by the pathogen. The magazine Science published an article in 2000 describing the incident stating: “For unexplained reason he remained symptom free, but nevertheless incorrect.” (DiRita2000)

“Microbes that are labeled “germs” are part of the intricate balance of our ecosystem and make up the majority of life here on Earth. For the first 3.8 billion years of life on Earth, bacteria such as vibrio cholerae were the only organisms that comprised the planet’s biosphere. There are at least 10 times as many bacterial cells found on our skin and in our digestive system than human cells in the body. This is called the microbiome and is being labeled a supporting organ of the body by some research scientists.”

Meanwhile, back to Dr. Stefan Lanka, taking us back to the history of this wrong concept about microbiomes, this is what he has to say about Louis Pasteur:

“How did the idea of a virus come to life? Koch’s French counterpart was Louis Pasteur, scientific fraudster employed by the French, as the French were at war with Germany in 1872. The dead were later declared as victims of a small pox epidemic. The Germans claimed it came from France, the French said it came from Germany. Pasteur, knew from Bechamp and other scientist, what bacteria could do and what they couldn’t do, he first denied the new knowledge in order to play along with the church, he claimed he had proven the primordial creation, only to later take a reverse stand, once he was employed by the state, he said it was all wrong…”

“But the same Pasteur, who knew, that bacteria cannot cause diseases, applied a trick. In order to maintain the model of the doctrine of juices and disease, which the entire western medicine is based on, a disease-causing toxin had to be postulated. Enough studies and experiments were conducted and published in Germany and elsewhere, among other by Max von Pettenkofer, who demonstrated what cholera was and how cholera was easily prevented. Pasteur worked on contract to find an argument to not let the English through the Mediterranean Sea, he came up with the idea to claim there was a new pathogen, and this one would make its disease-toxins also in the living human body and this he called: poison! Latin: virus.”

“Pasteur is the inventor of the idea of a smaller pathogen that cannot be seen in the optical microscope, but that always makes its poison, the disease-causing poison. This supported the standard model of illness which was used for centuries, a model that is based on the premise of war, not on the premise of symbiosis, as is the real workings of Nature. In order to solidify this model and to have political leverage against England, Pasteur postulates the idea of a virus. But Pasteur didn’t anticipate that there would be a microscope in the future, an electron microscope, which has a much higher magnification as the optical microscope, that would allow to see small structures not visible before.”

Back to Pasteur’s confession, this is what happened according to Dr. Lanka:

“Pasteur committed fraud in all his undertakings. But he was humane enough to document his deceits in diaries parallel to his primary lab books. He decreed that these records must never be publicized. His family naturally obtained great wealth. But the last male ancestor of Pasteur didn’t obey to that decree and leaked the records to the Princeton University and in 1993 Professor Gerard Geison published an analysis in the English language that revealed that Pasteur had committed massive fraud in all his studies. For instance, vaccinated animals, if they survived, had not been poisoned, the control group animals that died without vaccines were poisoned massively and so on.”

Now to make it clearer and to exercise our logical brain a little bit, let’s try to contemplate on what Daniel David Palmer, the Father of Chiropractic, has said about germ theory:

“One question was always uppermost in my mind in my search for the cause of disease. I desired to know why one person was ailing and his associate, eating at the same table working in the same shop, at the same bench, was not. Why? What difference was there in the two persons that caused one to have pneumonia, catarrh, typhoid or rheumatism, while his partner, similarly situated, escaped? Why?”