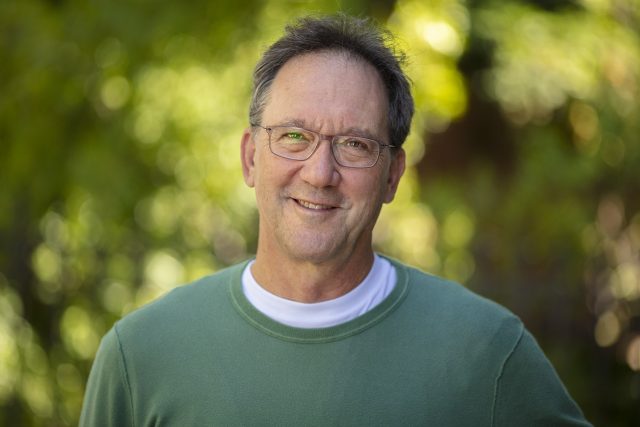 It is important for people, especially these days, to understand the concept of bacteria, germs, and viruses. However, this is not being honestly taught in schools and other scientific institutions, particularly when there are interests from the economically dominant establishments being protected and prioritized by those in the financial powers. In this case, it has been apparent that these institutions are the institutions vanguarding science and the medical establishment. Actually, it has been ever since the beginning of the industrial revolution. The repercussions of this what we may call monopoly has never been truly healthy to our society in general; perpetuating hardships and disadvantages to ordinary citizens all across the world while always securing a huge amount of profit for the few.

Learning about these subjects, even the basics, provides huge advantages; empowering people to take responsibility and manage their own lives, health, and well-being in general. Fortunately, there are people that are doing this all throughout history; providing essential knowledge to the public about science, technology, and most importantly, health and medicine. One example of this is Dr. Thomas Cowan. Dr. Cowan is a doctor practicing natural and holistic medicine that includes homeopathy, anthroposophical medicine, and of course, naturopathy. He has extensive knowledge about biology, eastern traditional medicine, nutrition, vaccines, and other important subjects related to holistic health or healthcare. He is an author of many important publications and books about holistic healing and natural healthcare; lecturing throughout the US and Canada.

To understand more about how germs, viruses, and bacteria work and whether they cause diseases or not, and also to learn a little bit about one of the main originators of germ theory, Louis Pasteur, let’s take a look at some excerpts from his presentation “A Lesson on Logic with Tom Cowan, MD”:

Imagine this scenario: you have some milk from a cow and people drink the milk and then they got sick with diarrhea. And everybody wants to know why this happened. So you do a microscopic examination of the milk and you find bacteria called listeria in the milk (correlation/causation fallacy) and you know that there are at least reports of an infection, that drinking listeria bacteria cause diarrhea to humans. So that’s a very clear situation, the milk has listeria in it, the person drinks the milk with listeria, they get diarrhea, that’s the end of the story. You think you’re essentially proven that bacteria cause the disease.

However, I think all of us would agree that there actually is a different way of looking at this. And the different way is: maybe, which actually was the case most often with cows with listeria, is that somehow you’ve improperly fed the cow. They used to do with swell milk; they sometimes feed cows cardboard or grains or other things that are inappropriate for the cow. Sometimes you could even poison the cow with DDT or other toxins or worming medicine and now you end up with toxins in the milk because after all, we know that all toxins in our bodies, we know this from breast milk studies, always end up in the milk.

So an alternative explanation is – the listeria are there in the milk in order to biodegrade toxins (and not a listeria-causing disease which would be: Reverse causation or reverse causality or wrong direction). In other words, that is actually the function of bacteria in nature. For example, if you put stuff into your compost pile that doesn’t belong there, then you’ll get funky bacteria to biodegrade what you shouldn’t have put in your compost, nobody in the right mind would say, “your compost pile has an infection”.

That’s very clear, the bacteria as they always do in nature, they biodegrade that which is dead or diseased. Another example, if you poison your pond eventually you will often get things like algae grow. Again, nobody would say that the algae is an infection. The algae isn’t good for you and the algae actually may have toxins in it in itself. But the algae fundamentally, because this is the way that nature works, is biodegrading the toxins. It is true that the fact of growing algae may cause other troubles but still I think every rational person would say the source of this problem is the poisoning of the pond or the poisoning of the cow.

So those are two different equally as plausible ways of looking at. One is, the cow was perfectly fine and it happened to grow listeria and the other was poisoned and the listeria are nature’s way of biodegrading the poison. So just think about that for a minute, how would you distinguish between these two? And the answer is actually very clear: the only way, and I cannot emphasize this enough, the only way that a rational person would be convinced (like in Koch’s postulate) would be: if you take the milk and you purify the listeria, in other words, you isolate the listeria from the milk, so that you’re sure that the only thing you have is listeria, not anything else from the milk because it may be the toxins in the milk that are causing diarrhea, and then you would take this purified listeria, you would give only that to another person and see if they got sick. Now, I would only point out, there is even a problem with that, potentially, because it could be the listeria are essentially eating or biodegrading the poisons and they made themselves the poison. But let’s not worry about that for a minute because I will grant you that if you could introduce a pure culture of listeria, and make somebody sick, that fulfill all of Koch’s postulates.

What is the problem with Louis Pasteur’s Germ Theory?

So the question then, which is the part that I’d really had to struggle with and, only I would say in the last month, have I been really convinced of this through my own research and listening and watching to so many people to spend decades of looking into this is, has that actual study ever been done? Most people would say it actually has and the person who did that was named Louise Pasteur (1822-1895), a French biologist, microbiologist, and chemist. He was the originator of the “germ theory” (essentially, not that it really started with him but he essentially popularized it) and he spent decades of his life doing exactly this; isolating bacteria from sick people, purifying it supposedly, giving it to normal people and proving that germs were the source of disease. Germs, in this case, meaning bacteria, but the same thing applies with viruses. And he published it and he was feted by the prime ministers of Europe. He had finally proven this.

The trouble is, Pasteur actually was known as a fraudster and kind of a charlatan by many people. And one of the ways we know that is because he actually, believe it or not, kept a personal diary (see “The Private Science of Louis Pasteur” by Gerald L. Geison of Princeton University) where on the one hand he would publish data showing this effect of contagion, of introducing or giving animals pure germs and causing them to be sick, and meanwhile he was writing a personal diary in which he claimed that not once in his entire career was he ever able to make an animal sick by giving them purified, isolated bacteria. Not once. He instructed his family members to never publish this Diary, which apparently one of his sons, or son in laws, or step sons, or somebody who I guess didn’t like him very much, he actually did published it and you can see how Pasteur essentially fraudulently claimed these results when nothing of the sort ever happened.

One of the ways we know this is that we now know that on his deathbed, Pasteur apparently said, “The germ is nothing, the terrain is everything”. And by terrain he means, is the cow poisoned? And essentially those studies, purifying viruses of bacteria and making other animals sick in the same way that they would normally get sick like aerosolize viruses or drinking purified bacteria that cause diarrhea. As far as I know, as far as the other people who looked into this, this has never been done. Isolate the bacteria or virus, give it to a normal person and see what happens. We know what happens, which is basically nothing.

To listen to his full presentation, go to this link: